BEIJING (AP) — China’s ambitions to have a major hand in Afghanistan’s stability and development under the Taliban, while boosting its own stature, will be on display at a pair of multinational meetings it is hosting starting Wednesday.

The talks offer a rare opportunity for Russia and the U.S. to come together over the knotty issue of Afghanistan despite their deep differences over the Ukraine conflict.

Special envoys for Afghanistan from China, the United States and Russia, a group known as the the “Extended Troika,” will convene separately from the foreign ministers of China, Russia, Pakistan, Iran, Tajikistan, Turkmenistan and Uzbekistan.

“China, the U.S., Russia and Pakistan are all countries with significant influence on the Afghan issue,” ministry spokesperson Wang Wenbin said of the Troika meeting. The talks will “echo positively with the third meeting of foreign ministers of the Afghan neighboring countries, to further cement the consensus of all parties … to help Afghanistan achieve peace, stability and development at an early date.”

Details of the talks were not immediately released.

Chinese Foreign Minister Wang Yi met individually with his counterparts from Russia, Pakistan and Qatar on Wednesday, according to Chinese state media. Video showed Wang and Russian Foreign Minister Sergey Lavrov bumping elbows in a pandemic-era handshake, but no details were given.

The two reaffirmed the strength of bilateral relations, described in a Feb. 6 joint statement as “without limits.“ Wang repeated China’s position that the conflict in Ukraine owed to complex historical factors, the eruption of “accumulated European security contradictions, Cold War thinking and confrontations between groups.”

China has been criticized by the U.S. and others for not condemning Moscow’s actions while amplifying Russian disinformation.

In his meeting with Pakistan’s Foreign Minister Shah Mahmood Qureshi, Wang again struck a defiant tone over Ukraine, saying countries should be “especially vigilant as to the negative spillover effects” of the crisis.

“We must not allow the Cold War mentality to resurface in Asia or allow small and medium sized countries in the region to be used as tools or sacrificial objects in the games of great powers,” he said.

Special Representative for Afghanistan Tom West will represent the U.S. at the Extended Troika talks, the State Department said. Pakistan will also attend and China is believed to have also invited Taliban representatives, the spokesperson said on routine condition of anonymity.

The group’s interests are aligned on the need for the Taliban to live up to its commitments to build a truly inclusive government, not provide a safe haven for terrorism, remain stable, rebuild its economy and respect human rights, women’s rights and the rights of minorities, the spokesperson said.

China hasn’t recognized Afghanistan’s new hard-line government but has refrained from the harsh criticism made by the U.S.

The meetings are being held in Tunxi, an ancient town in Anhui province, possibly because of the relative ease of maintaining a “bubble” separate from the general population. That would allow the attendees to avoid the 21-day coronavirus quarantine required of international travelers to the capital Beijing and other major Chinese cities.

A month before the Taliban took power, Wang hosted a high-powered delegation from the group for a July 28, 2021, meeting in the Chinese port city of Tianjin. Wang referred to the group as “pivotal” force important to peace and reconstruction in Afghanistan.

On that and other occasions, Chinese have pushed the Taliban for assurances they will not permit operations within Afghanistan’s borders by members of China’s Turkic Muslim Uyghur minority intent on overthrowing Chinese rule in their native region of Xinjiang.

Wang also made a surprise stop in Kabul last week to meet Taliban leaders, even as the international community fumes over the hard-line movement’s broken promise a day earlier to open schools to girls beyond the sixth grade.

China has studiously avoided mentioning the limits on girls’ education and other human rights abuses, particularly those targeting women, while keeping its Kabul embassy open.

Wang’s Kabul visit bore all the signs of a formal government-to-government exchange, reinforcing that the “ultimate carrot that Beijing can offer through hosting conferences like these is the prospect of the Taliban receiving diplomatic recognition from China and other neighbors,” said Australia-based political risk and Asia affairs analyst Henry Storey.

China is counting on such outreach to deflect accusations from Muslim nations about its treatment of its Muslim minorities.

China’s other major concern is pursuing opportunities in exploiting Afghanistan’s vast, undeveloped resource deposits, especially the Mes Aynak mine that is believed to hold the world’s largest copper deposit.

At this week’s gatherings, China will seek to position itself as the leading champion for humanitarian assistance and economic development projects in Afghanistan and will openly call for the U.S. to unfreeze the Afghan government’s assets and accounts, said Columbia University political scientist Alexander Cooley, an expert on Central Asia.

“China is quietly asserting itself as the leading external power in the region,” Cooley said. “In doing so, it will position itself as both critic of United States regional policy and as an alternative leader of a humanitarian coalition comprised of Afghanistan’s neighbors.” 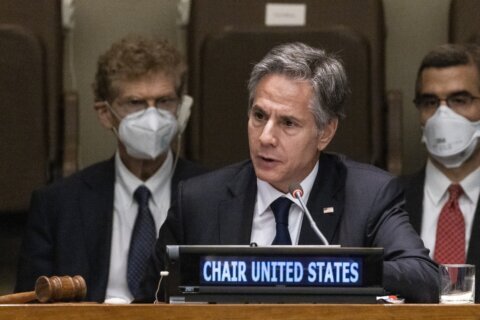 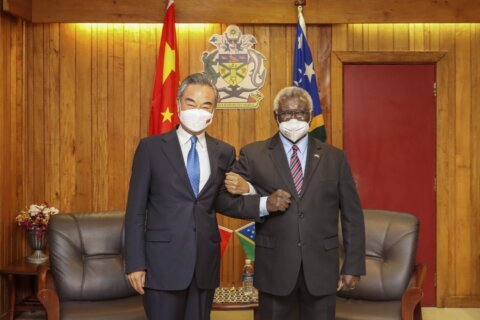