NEW YORK (AP) — Come visit the Maldives, its president entreated the world at this year’s United Nations General Assembly, moments before switching to an impassioned plea for help combating climate change. The adjacent appeals illustrated a central dilemma for many small island developing states: their livelihoods, or their lives?

This bloc is particularly vulnerable to climate change. This bloc is also particularly dependent on tourism — a significant driver of climate change, accountable for 8% of global carbon dioxide emissions alone, according to sustainable tourism expert Stefan Gössling — and an industry devastated by the ongoing coronavirus pandemic.

The predicament these islands find themselves in is essentially recursive: Attract tourism for economic survival, which in turn contributes to climate change, which in turn bleaches the colorful reefs and destroys the pristine beaches that attract tourists. As is, by the end of the century, these low-lying islands could drown entirely.

“The difference between 1.5 degrees and 2 degrees is a death sentence for the Maldives,” President Ibrahim Mohamed Solih told the U.N. General Assembly last week.

The annual summit is an opportunity for each of the international body’s 193 members to step into the spotlight on the world stage. But the Maldives — perhaps best known globally as an Indian Ocean playground for moneyed honeymooners and Bollywood celebrities — had a particularly high-profile platform this year. Its foreign minister is serving as the General Assembly’s president and Solih was speaking third overall — just after U.S. President Joe Biden.

But the climate change appeals are nothing new, made year after year as these islands are pummeled by storms and the seas rise like a “slow-moving killer,” as Colgate University’s April Baptiste puts it.

Baptiste, a professor of environmental studies as well as Africana and Latin American studies, researches environmental justice in the Caribbean region. She says the island states’ appeals had gone ignored for years because they were essentially seen as “dispensable.” With little land, political power and financial capital, it was easy to overlook their plight. These are also islands with a history of exploitation that dates back centuries and states whose full-time residents — not tourists — are primarily Black and brown.

“You have that layer of race, racism, marginality to take into consideration,” she said. “I absolutely believe that’s at the heart of the conversation as to why small island developing states are not taken seriously.”

People and governments have taken matters into their own hands over recent years.

One man from the island nation of Kiribati sought refugee status in New Zealand on the basis that climate change posed an existential threat to his homeland, though he was eventually deported. This past week, Vanuatu announced it would seek to bring climate change before the International Court of Justice. Although largely symbolic — any ruling would not be legally binding — the move, as intended by the government, seeks to clarify international law.

Last month, a group of Pacific island nations — contending with encroaching saltwater that destroys crops and pollutes freshwater supplies — took the step of declaring their traditional sea boundaries would remain intact, even if their coastlines shrank beneath the waves.

Gössling, a professor at Sweden’s Linnaeus University School of Business and Economics, and Daniel Scott, a geography and environmental management professor at Canada’s University of Waterloo, are two creators of the Climate Change Vulnerability Index for Tourism. With the aim of bringing the issue to policymakers’ attention, they identified the countries with tourism economies most at risk from climate change. The small island developing states made up a substantial portion of the list.

“The Maldives identified this years ago and they pointed out: ‘We’re going to continue our tourism development, because that’s the only way we can make money in the next couple decades before our islands are lost,” Scott said.

For the small island developing states, this central climate change tension between lives and livelihood is mirrored in their response to the coronavirus pandemic. To prevent the virus’ spread and save lives, they closed their borders, and their tourism-focused economies were accordingly ravaged over the past 18 months.

Mauritius isn’t wholly dependent on tourism, but that sector does make up a significant amount of its foreign revenue, the permanent representative to the United Nations for the tiny Indian Ocean island east of Madagascar says. Its borders fully reopen in October, and Jagdish Koonjul said Mauritius hopes to attract 650,000 tourists between then and next summer.

Mauritius, Koonjul said, is “very lucky” compared to others in the bloc because of its economic diversification, relatively high land and coral reef that prevents erosion.

But it’s not safe from climate change. Mauritius and other small island developing states are looking to the bigger, more industrialized countries to buy into an ambitious commitment at the upcoming United Nations climate conference in Glasgow.

“We miss this train now, and we are doomed,” Koonjul said.

The scores of speeches at this year’s U.N. General Assembly tended to follow a rubric. They opened with pleasantries directed at the General Assembly’s president and then touched on a laundry list of topics: perhaps a pet issue, but definitely conflict, coronavirus and climate change. The rhetoric often blended together, but the speeches from the leaders of the small island developing states — with the most to lose in the near future — stood out with stark eloquence echoing Koonjul.

“Will Tuvalu remain a member state of the U.N. if it is finally submerged? Who will help us?” asked Kausea Natano, the prime minister of the Pacific Ocean country, on Saturday.

The states had specific asks, including immediate and significant reductions of greenhouse gas emissions, debt restructuring and financial assistance — especially given the impact of the coronavirus on their tourism-dependent economies.

“Industrialized countries have an obligation to assist the states most affected by climate change because they created a problem in the first instance,” Gaston Browne, prime minister of the Caribbean Sea’s Antigua and Barbuda, said Saturday.

“On this, humanity is at the midnight hour. Can we meet the challenge? We may not live to find out the answer if the usual continues,” the Caribbean nation’s premier said.

Salvaging the economic fate of these countries is complex. Baptiste says there’s no overarching policy aimed at retraining people whose livelihoods are vulnerable in new trades.

And Gössling argues that, while they’re not the culprits behind global warming, the small island developing states aren’t directly confronting the friction between climate change prevention measures and their tourism reliance.

“I also think there’s never been serious efforts by the SIDS to actually also consider different economic sectors, because very often it’s been very self-evident that you would focus on tourism, you would develop for tourism and that you, by definition, then almost would become dependent on tourism,” he said. “And I think the strange thing — this conflict has never been vocalized by SIDS.”

What has been vocalized is a clarion call for substantive action taken by rich, developed countries. Now that the ramifications of climate change have reached countries that could long pretend it didn’t exist, the small island developing states hope the message is finally getting through.

The poet John Donne wrote that “no man is an island entire of itself.” In the same vein, Solih drove home the point the island nations have been making for years: “There is no guarantee of survival for any one nation in a world where the Maldives cease to exist.” 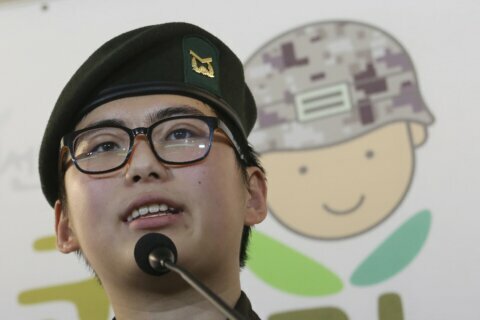 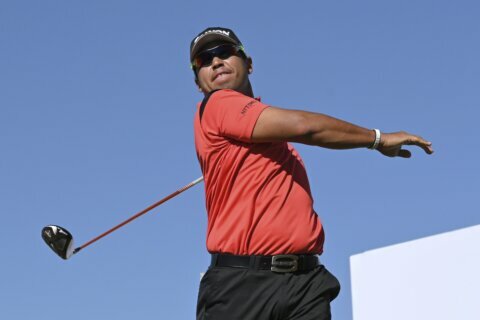