The underground National Unity Government declared a “people’s defensive war” on Tuesday to remove the military from power. The group, which claims to be the legitimate government, was established by elected legislators who were barred from taking office when the military seized power in February, toppling the elected government of Aung San Suu Kyi.

The Special Advisory Council for Myanmar, which includes Yanghee Lee, the former U.N. special rapporteur on human rights in Myanmar, said in a statement that it understands the frustration of people in Myanmar “after seven months of brutality by the junta and inaction by the international community,” but said the call to arms was ”unfortunate.”

“Violence is the cause of the suffering of the people of Myanmar, it is not the solution,” council member Chris Sidoti said. “We fear for what will happen as a result of this decision.”

Sidoti and a third council member, Marzuki Darusman, both worked with the U.N. Independent International Fact-Finding Mission on Myanmar, which investigated human rights abuses including the army’s brutal 2017 counterinsurgency campaign that drove more than 700,000 members of the Muslim Rohingya minority to flee to neighboring Bangladesh.

The February military takeover was met by large-scale peaceful protests that security forces suppressed with deadly force. More than 1,000 civilians were killed. In response, some protesters adopted increasingly violent methods, including killings and sabotage.

A low-level insurrection is occurring in urban areas, while more traditional combat is taking place in the countryside, especially between the army and ethnic minority militias, some of which have formed a loose alliance with the National Unity Government.

There were no immediate actions in response to Tuesday’s call for an uprising, though peaceful protest marches were reported by Myanmar media, as well as a continuation of the shootings and sabotage that have gone on for months.

A spokesman for the military, Maj.-Gen. Zaw Min Tun, has dismissed the uprising announcement as an effort to spread rumors and attract attention ahead of next week’s U.N. General Assembly session.

The call to arms was enthusiastically welcomed by many users of social media, who also expressed dismay that the U.N. and other countries have not done more to help opponents of the army’s takeover.

The Special Advisory Council also criticized the international community, saying it “has had ample opportunity to come to the aid of the people of Myanmar but has consistently failed.”

The Latest: Vaccines to be required for Albania lawmakers 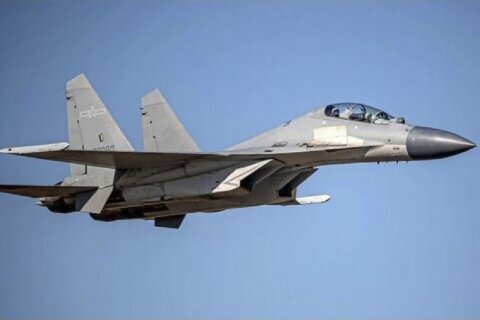