Brown will be 13 years, 11 days old when the Olympics open on July 23, surpassing the British record of Margery Hinton, who was 31 days older when she swam in Amsterdam in 1928.

“Everyone around the world will be watching, and I feel like if I’m the little one in there going big, hopefully they (girls) will think, ‘Maybe I can do it,’ and I can show the world how fun and creative skateboarding is,” she told the BBC.

Her selection in the British team was confirmed on Thursday. She will be joined by 14-year-old teammate Bombette Martin when skateboarding makes its Olympic debut.

Brown, who was born in Japan, won a bronze medal in the park discipline at the 2019 world championships in Sao Paulo and ranked third after qualification events.

A year ago, aged 11, Brown broke her skull and left arm jumping from a half-pipe ramp in training.

“I recovered really fast, and getting back on the board, I wasn’t scared at all, I was excited,” she said. “I actually felt stronger after that. I wanted to do more things — I did the mega-ramp after that.”

In her first competition since then in May, she was runner-up in a tour event in Iowa. Her Olympic event is on Aug. 4.

Martin was born in New York but spent much of her childhood in Birmingham. She qualified in 18th place after the qualification campaign.

Britain’s youngest overall Olympian remains Cecilia Colledge, who was 11 when she competed in figure skating at the 1932 Winter Games. 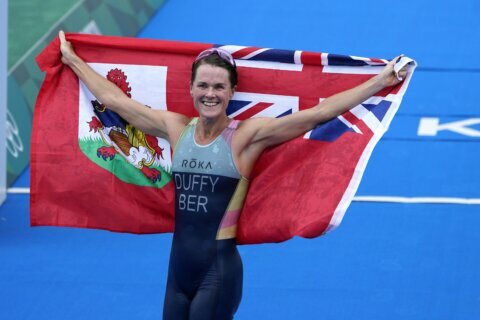 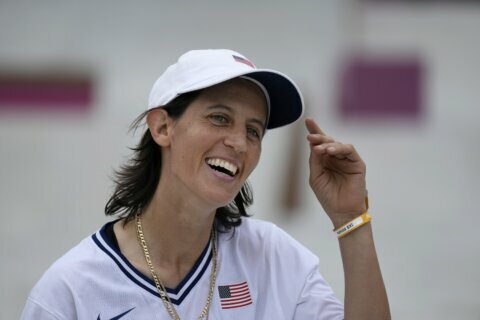 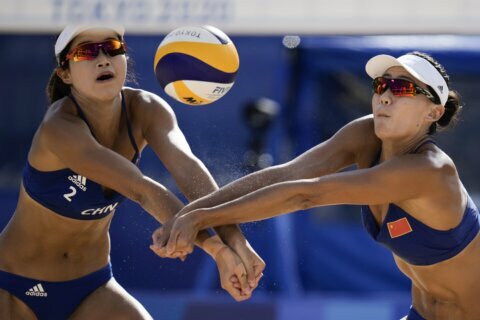