TOKYO (AP) — HIGHLIGHTS FROM RIO: When Germans Laura Ludwig and Kira Walkenhorst took gold in 2016, they had to ask the bronze medal-winner what to do on the victory stand. It was the first women’s beach volleyball medal for Germany, and it ended American Kerri Walsh Jennings’ run of three straight titles. The Germans beat hometown favorites Ágatha Bednarczuk and Bárbara Seixas in the final, while Walsh Jennings and April Ross beat the other Brazilian team, Talita Antunes and Larissa França, for third.

A day after the hosts’ two losses in the women’s medal round, Alison Cerutti and Bruno Oscar Schmidt gave Brazil reason to celebrate on Copacabana beach. Their victory over Italians Daniele Lupo and Paolo Nicolai set off a rain-soaked samba at the sport’s spiritual home. The Netherlands beat Russia for bronze. The lone U.S. medal was its worst haul since 2000.

TOKYO EXPECTATIONS: Ross, who won a silver medal in London with Jen Kessy, is back in the Olympics with a third partner, Alix Klineman. They are the No. 2 seed, with world champions Sarah Pavan and Melissa Humana-Paredes of Canada earning the top spot by tiebreaker. The other U.S. women’s team, Sarah Sponcil and Kelly Claes, won the last two world tour events to pass Walsh Jennings and Brooke Sweat in the points race and foil the 42-year-old, three-time gold medalist’s bid for a sixth Olympics.

Christian Sorum and Anders Mol of Norway are the top-seeded team in a men’s bracket that has neither Brazilians nor Americans among the favorites. Russians Viacheslav Krasilnikov and Oleg Stoyanovskiy are the world champions and the No. 2 seed.

The Americans are sending a couple of veterans. Jake Gibb, 45, returns for a fourth time, this time as the oldest volleyball player — beach or indoor — in Olympic history; he’ll be with Taylor Crabb for the first time. 2008 gold medalist Phil Dalhausser is also back for his fourth Olympics, with Rio partner Nick Lucena.

ATHLETES TO WATCH: Qatar’s Cherif Younousse and Ahmed Tijan head to Tokyo with a No. 3 seed in their attempt to earn the first Middle Eastern medal in Olympic beach volleyball history. … Italian skyball server Adrian Carambula returns with a new partner, Enrico Rossi. … Reigning gold medalist Bruno spent two weeks in the hospital with COVID-19 in February; he also has a new partner, Evandro Goncalves. … Sanne Keizer and Madelein Meppelink of the Netherlands — both around six feet tall — could pose problems on the women’s side. … Ludwig took 18 months off after having a baby. She will team with Margareta Kozuch. … Taliqua Clancy is back, four years after she was Australia’s first indigenous Olympic volleyball player. She’s paired with Mariafe Artacho del Solar. 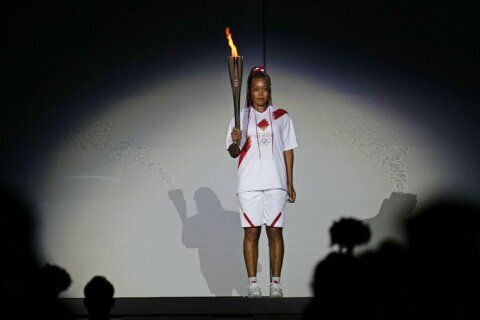 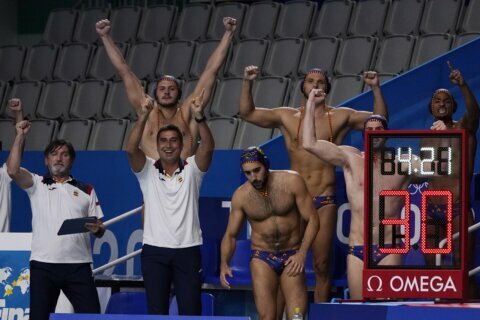