TOKYO (AP) — The low numbers came in from across the globe and covered most every distance, from 100 meters…
Listen now to WTOP News WTOP.com | Alexa | Google Home | WTOP App | 103.5 FM

TOKYO (AP) — The low numbers came in from across the globe and covered most every distance, from 100 meters through the marathon. The reasons behind all the improving times throughout the sport of track and field were every bit as diverse: better shoe technology, better running surfaces, less wear and tear on bodies during the COVID-19 pandemic and just a good old-fashioned itch to start running for real again.

Another possibility: For the better part of three months during the pandemic, testing for performance-enhancing drugs came to a virtual standstill worldwide. Only in recent months has it begun to ramp back to normal.

It’s one of the uncomfortable realities of the Tokyo Olympics. Not a single one of the approximately 11,000 athletes competing over the next 17 days has been held to the highest standards of the world anti-doping code over the critical 16-month period leading into the Games.

Statistics provided by the World Anti-Doping Agency pointed to a steadily improving situation as the Olympics approached, but they do not mask the reality that over the entirety of 2020, there was a 45% reduction in testing around the world compared with 2019 — a non-Olympic year in which the numbers wouldn’t normally be as high anyway. In the first quarter of 2021, there was roughly a 20% reduction in overall testing compared with the same three months of 2019.

“Unless you’re a fool, you’d have to be concerned,” said Travis Tygart, the CEO of the U.S. Anti-Doping Agency.

The thought of simply abandoning testing for any period of time runs counter to one of the central tenets of the anti-doping system — the prospect that any athlete can be tested anywhere and at any time.

The uncertainties and danger presented by the coronavirus, especially during the opening months of the pandemic, resulted not only in the suspensions of leagues across the world and eventually the postponement of the Tokyo Olympics themselves but to the virtual halt of the drug-testing programs that are designed to reinforce the competitive balance in sports.

USADA, along with anti-doping agencies in Norway and Denmark, were among the agencies that tried to bridge the gap. They started pilot programs in which they sent in-home drug tests to athletes, asking them to give urine samples and small dried blood samples while collection agents looked on via Zoom. But those programs, while notable for their ingenuity, covered only a small fraction of athletes in a small segment of the globe.

“We would be naïve to think that there were no people who sought to take advantage of this lull to break the anti-doping rules,” WADA director general Oliver Niggli told The Associated Press. “However, there are a number of factors that mitigate that risk.”

Among them, according to Niggli:

— The requirement that athletes submit their whereabouts remained fully in force during the entirety of the pandemic, which at least raised the possibility of a test even in times when they weren’t being conducted frequently.

— Most effective doping programs work in conjunction with intensive training and a target competition in site; many training centers were closed and sporting events were canceled during large portions of the pandemic.

— The anti-doping system has other deterrents, including long-term sample storage, investigations and athlete biological passports, all of which can lead to positive findings over time.

— Though the most attention goes to those who violate anti-doping protocols, the vast majority of athletes don’t break the rules.

Still, some athletes were well aware of the breaks in testing and said it was hard to simply ignore.

The concern lies outside of running, as well.

“I would definitely say some of the countries that have not been as trusted are probably taking advantage of the time that they had without testing,” said swimmer Lilly King, who has been outspoken about the long shadow that doping casts in her sport. “Personally, I know I have been tested over 20 times in the past year, so I know the Americans are being well taken care of and myself especially.”

USADA is among the few anti-doping agencies that lists the number of tests given to each athlete, and Edwin Moses, the two-time Olympic champion in the 400-meter hurdles and chairman emeritus of USADA, is among those who believe WADA and others should strive for the same transparency.

“Without transparency to the testing numbers, we have to ask if these Games will be clean, as the IOC promises,” Moses said in anti-doping testimony to Congress this week.

The independent observers that WADA assigned to review testing protocols before the 2016 Rio Games found that of the 11,470 entrants, 4,125 had no record of being tested before those Olympics, and 1,913 of those athletes competed in higher risk sports. It was, the observers wrote, a data set “which highlights the (in)adequacy of test distribution planning by IFs and NADOs in these sports.”

“You were starting in a totally unacceptable place for athletes who were being held to the highest standards, and the badness has only potentially gotten worse because of the reductions in testing due to COVID,” Tygart said.

Despite that, there are several plausible explanations for the wide swath of personal bests, national and NCAA records, and world records that spread across track and field over the past year-plus.

Among the possibilities spelled out in a recent Runners’ World story were ideal racing conditions that in some instances included time trials, where runners run alone and against the clock, so as to avoid person-to-person contact that can occur in crowded conditions.

There were the much-debated benefits of shoes, the technology for which has improved both for long-distance runners and sprinters. And then there were the possible benefits of long stretches of training uninterrupted by the demands of an athletic schedule that calls for peaking at precisely the right times.

By the time that story was printed in February, there were no fewer than a dozen examples of eye-opening times that had been produced during the pandemic, in and around a time when the sport had shut down normal operations. The trend continued through the spring and has kept going as the Olympic season has neared — a period when more athletes might be expected to be maxing out their performance. 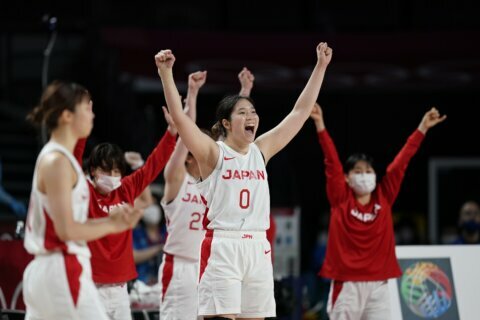 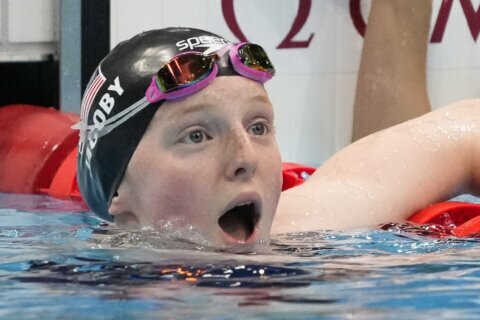 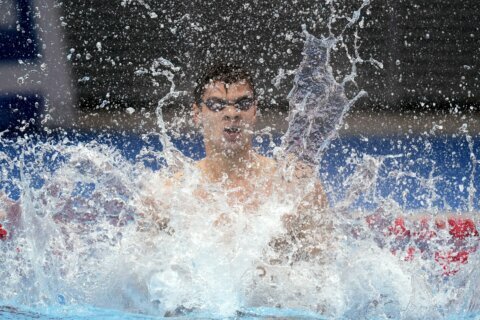