Thais debut locally made AstraZeneca but supplies are tight

BANGKOK (AP) — Health authorities in Thailand began their much-anticipated mass rollout of locally produced AstraZeneca vaccines on Monday, but it appeared that supplies were falling short of demand from patients who had scheduled vaccinations for this week.

Hospitals in various parts of the country have been posting notices for several days that some scheduled appointments would be delayed, adding to existing public skepticism about how many doses Siam Bioscience would be able to produce each month.

“The vaccines will be delivered as planned,” Prime Minister Prayuth Chan-ocha told reporters Monday morning as he paid a visit to a vaccination station at an indoor stadium in the capital, Bangkok.

Prayuth’s government has come under fierce criticism for failure to secure timely and sufficient vaccine supplies. It also face criticism for its reliance on Siam Bioscience, which is owned by the country’s king and had no previous experience in vaccine production.

Prayuth said the Health Ministry had confirmed that vaccinations could begin Monday in every province, and vaccines would be allocated according to the infection rate in each area.

Opas Karnkawinpong, director-general of the Department of Disease Control, reported that 143,116 people nationwide had received vaccinations Monday by midday, about half of them 60 years of age or older.

The stadium vaccination station Prayuth visited can provide 1,500 jabs a day, said Mongkon Wanitphakdeedecha, director of Vichaivej International Hospital, who was supervising the operation. He said they have three days’ supply on hand, but he did not know if other sites had enough for more than one day.

One of the people getting vaccinated there was Kanokarn Chueboonchart, who said afterward that she felt no side effects.

“I am working at a bank and I must meet with customers,” she said. “So now that I have received the shot, I feel a bit better, knowing that the vaccine will give me some protection.”

Thailand last year had been considered a success story in containing the spread of the virus and limiting the number of related deaths. It had originally planned to obtain supplies to cover just 20% of the country’s 69 million people, with most available only in the second half of this year.

However, a surge of the coronavirus beginning in April has been devastating and underlined the need for a more ambitious vaccination campaign. The surge has accounted for 84% of the 179,886 total confirmed cases in Thailand since January 2020, and 92.5% of the total of 1,269 related deaths.

The government has now targeted vaccinating 70% of the population this year, a figure believed to confer herd immunity against the disease.

As of Monday, Thailand had reported giving a total of 4.22 million vaccinations, with just over 4% of the country’s 70 million people receiving at least one jab.

The government has been scrambling to obtain additional supplies to supplement the Chinese-made Sinovac it has been using so far and the AstraZeneca now coming onstream. It has said it has been in negotiations with Pfizer and Johnson & Johnson.

China has supplied 6.5 million doses of Sinovac to Thailand, including 500,000 doses that arrived Saturday.

Siam Bioscience was reported to have delivered its first 1.8 million doses to AstraZeneca’s local office last Wednesday, which were then turned over to the Health Ministry on Friday. Up-to-date data on how much had been delivered by Monday to the various provinces was not available. 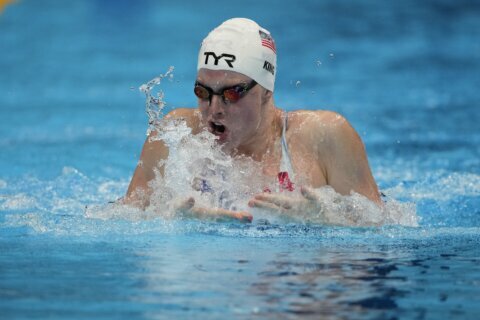 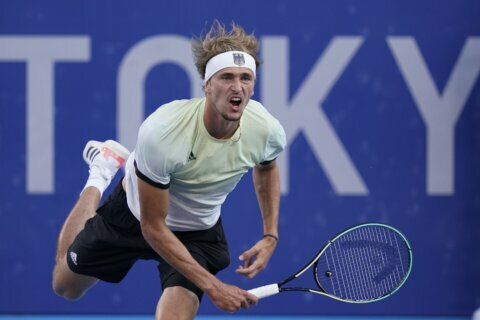 Zverev follows up win over Djokovic with Olympic gold