Museums in New York that exhibit artworks looted by Nazis during the Holocaust are now required by law to let the public know about those dark chapters in their provenance through placards displayed with the stolen objects.
Listen now to WTOP News WTOP.com | Alexa | Google Home | WTOP App | 103.5 FM
(1/12) 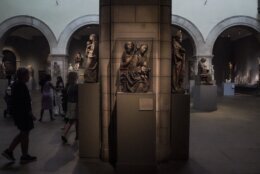 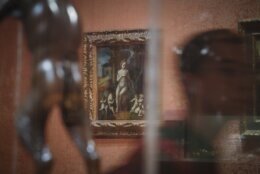 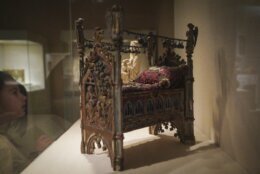 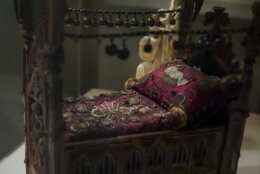 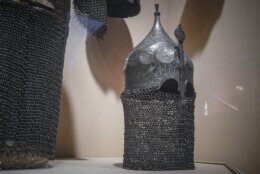 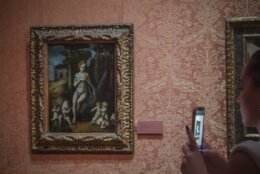 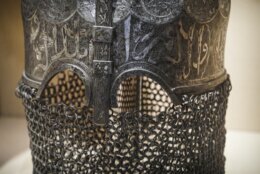 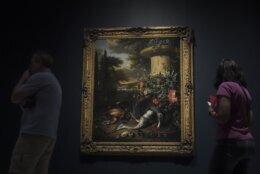 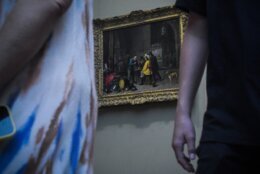 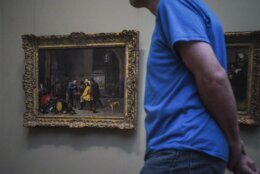 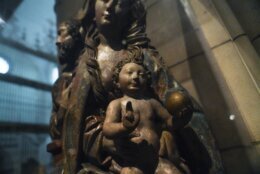 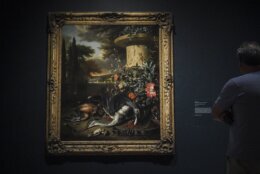 ALBANY, N.Y. (AP) — Museums in New York that exhibit artworks looted by Nazis during the Holocaust are now required by law to let the public know about those dark chapters in their provenance through placards displayed with the stolen objects.

At least 600,000 pieces of art were looted from Jewish people before and during World War II, according to experts. Some of that plunder wound up in the world’s great museums.

New York Gov. Kathy Hochul signed a law in August requiring museums to put up signs identifying pieces looted by the Nazis from 1933 through 1945.

The new rule comes as many museums in the U.S. and Europe are also reckoning with collections that contain numerous objects looted from Asia, Africa and other places during centuries of colonialism.

It isn’t clear how many pieces of art now on display will wind up being labeled as Nazi loot, and disagreements have already arisen over certain artworks with a complicated history.

The Metropolitan Museum of Art, in New York City, said it had identified 53 works in its collection as having been seized or sold under duress during the Nazi era.

All of those objects were obtained by the museum after being returned to their rightful owners. But Andrea Bayer, the museum’s deputy director for collections and administration, said the public still should know about their history.

“People should be aware of the terrible cost to people during World War II as these confiscations took place, and how these peoples’ treasures that they loved and had been in their families, had been torn from them at the same time their lives were disrupted,” she said.

The museum, however, does not intend to put up such a sign on a Picasso painting called “The Actor,” which it received as a gift in 1952.

That painting was once owned by Jewish businessman Paul Leffmann, who fled Germany — first for Italy, then ultimately to Brazil — to escape the Nazis. As Leffmann liquidated assets in 1938, he sold the painting to Paris art dealers for $13,200.

Leffmann’s great-grandniece, Laurel Zuckerman, sued the Metropolitan Museum in 2016, claiming it was a bargain-basement sale price that reflected the family’s desperation to flee Europe. The museum countered that the price was actually high for an early Picasso at the time. A U.S. court eventually dismissed the lawsuit.

Lawrence Kaye, one of the lawyers who represented Zuckerman, said that despite that outcome, the museum should still put up a placard with the painting’s disputed history.

“I believe the law would cover this piece. It was dismissed on technical grounds and I believe under the broad definition of what this law means under the statute, it should be covered,” Kaye said.

Researching the provenance of an object has gotten easier in the digital age and some museums have launched efforts to identify artworks with a problematic ownership history.

New York law had already required museums to report works believed to have been stolen during the Nazi period to the Art Loss Register, the world’s largest database on stolen art.

A U.S. law passed in 2016 provides victims of Holocaust-era persecution and their heirs a fair opportunity to recover works of art taken by the Nazis.

“This law did things legally that made it possible for people to make claims and sue,” said Wesley Fisher, the director of research for the Claims Conference, a group that represents the world’s Jews in negotiating for compensation for victims of Nazi persecution and their heirs.

In 2018, New York City’s Solomon R. Guggenheim Museum returned an Ernst Ludwig Kirchner painting titled “Artillerymen” to the family of Jewish art dealer Alfred Flechtheim, who was forced to abandon his collection after fleeing Berlin in 1933.

A Guggenheim spokesperson said the museum is not aware of any other work in its collections that was looted by Nazis, but is continuing its research.

In 2019, the Arkell Museum in upstate New York returned a painting after it was made known that it was stolen by Nazis from a Jewish family in 1933. The museum’s director, Suzan Friedlander, said they “fully support the recent legislation regarding work seized by the Nazis.”

Last year, the Jewish Museum, in New York City, dedicated an entire exhibition to the topic of looted art and ceremonial objects.

While signage for Nazi-looted artwork is a policy unique to New York, other U.S. museums have undertaken efforts to trace the origin of potentially stolen artworks.

Boston’s Museum of Fine Arts launched a Nazi-era provenance research of their artwork in 1998, where they identify objects in the collection that were lost or stolen during the Nazi era and never returned to their rightful owners.

Among the 53 pieces at the Metropolitan Museum of Art that will get signage identifying them as having once been looted is a Turkish helmet dating to the late 15th and 16th century that had been seized by Nazis from its owner Baron Alphonse Mayer Rothschild in 1938. It was returned to Rothschild’s widow in 1949 and sold to the museum in 1950.

Another is a 1695 painting titled “Gamepiece with a Dead Heron” by Dutch painter Jan Weenix. It was also seized by the Nazis from Rothschild in 1939, later returned to his widow in 1948 and sold to the museum in 1950.

In the last two decades, the museum has returned or reached settlements on 10 artworks that changed hands during the Nazi period, including a Claude Monet painting.

“Because the survivors of the Holocaust are a generation that is dying out, this becomes much more important,” said Fisher, of the Claims Conference. “The object become much more important. The idea that students and general public should go through museums to understand where these items come from, is important.”

Khan is a corps member for the Associated Press/Report for America Statehouse News Initiative. Report for America is a nonprofit national service program that places journalists in local newsrooms to report on undercovered issues.