NEW YORK (AP) — During the pandemic, people have made a lot of noise about nurses, cheering them on and…
Listen now to WTOP News WTOP.com | Alexa | Google Home | WTOP App | 103.5 FM

NEW YORK (AP) — During the pandemic, people have made a lot of noise about nurses, cheering them on and banging pots and pans. But have we really listened to them?

Rank-and-file nurses are getting a chance to talk about how they’ve navigated the last few harrowing years as part of a theater project that is hosting a free Zoom reading of Sophocles’ 2,500-year-old play “Antigone.”

The social-justice troupe Theater of War Productions hopes the play — about a young woman who puts everything on the line to do what she believes is right — can spark a lively, post-reading online discussion by invited nurses about their profession.

“I’ve been a nurse for decades, and I’ve never seen the kind of suffering of my profession as I’ve seen during COVID,” says Dr. Cynda Rushton, a professor of nursing at Johns Hopkins University and a lead consultant on the project. “One goal is to be able to give voice to the experience of nurses during this time as we try to think about how do we move forward.”

Nurses will perform the chorus and more nurses and health care professionals have been invited to discuss the play after its conclusion. Audience members are asked to register ahead.

“We’re trying to seed the ground so that the focus of both the performance and the discussion is on really the moral suffering of nurses,” says Bryan Doerries, the artistic director. “Our model isn’t about fixing meaning or interpretation to the play in advance. Our model is about honoring the infinite possibilities and interpretations in each audience each time we do it.”

“Antigone” is about a teenage girl who wishes to bury her brother, Polyneices, who recently died in a brutal civil war. Creon, the new and untested king, rules that Polyneices must rot where he fell and that anyone who breaks this law be put to death.

Antigone openly and intentionally defies his edict, covering her brother’s body with dirt and publicly declaring her allegiance to a higher law — the law of love. Creon is then forced by his own political rhetoric to make an example of his niece by sentencing her to death. This path leads to Creon losing everything.

Theater of War Productions has performed more than 1,700 readings worldwide, harnessing Greek drama and other classic resonant texts to evoke deeper dialogues about an array of modern issues.

“One of the reasons why we perform Greek tragedy is not to send people home to wallow in the fact that we often make decisions when it’s too late — which is what Greek tragedies are often about — but really to wake a more general public up to the possibility of making a change before it’s too late,” says Doerries.

It has produced Euripides’ “The Bacchae” in rural communities affected by the opioid crisis, “The Madness of Heracles” in neighborhoods afflicted by gun violence and gang wars, and Aeschylus’ “Prometheus Bound” in prisons.

Theater of War Productions has previously used “Antigone” to explore police brutality, systemic oppression, gender-based violence and social justice. Now it is health care. Over the next year, “The Nurse Antigone” will be presented 12 times.

Schilling, star of “Orange Is the New Black” who will read the part of Ismene, Antigone’s sister, says each time she’s done one of the company’s readings, the experience is very intimate.

“The actors are just there to facilitate an experience for the audience and to jump start the discussion that happens afterwards,” she says. “We come in with the desire to have a shared experience and leave more connected to each other.”

The COVID-19 pandemic has led to enormous stress among the nation’s 4 million nurses, from a lack of personal protective equipment, thin staffing and grueling shifts to push-back from some questioning the efficacy of vaccines and masks.

“Nurses at the front lines often feel that their voices are not heard, that they’re not understood that they’re not appreciated for their contribution,” she says. “One of the consequences of our divided America is that nurses have become more and more the targets of people’s frustration at all different levels.”

Doerries wants the project to be a two-way exchange and help heal the social contract that he says has been broken during the pandemic.

He notes that some nurses won’t take COVID-19 vaccines and some have lost family members because of the lack of adherence to public health measures. All are welcome to “The Nurse Antigone.”

“There is room in our tent for everyone. Theater and storytelling is a tool that can create a space where people can hear each other in ways that I think are very rare in our highly fractured and polarized society.” 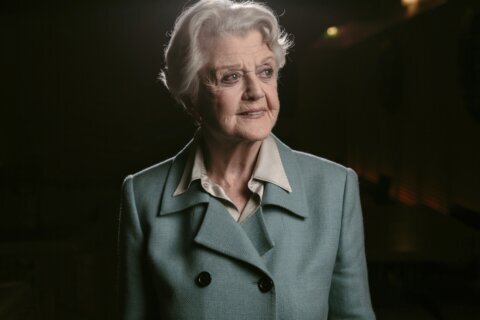