‘A way we resist’: Quilts honor victims of racial violence 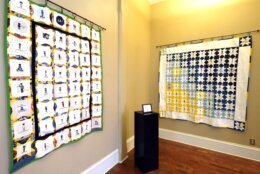 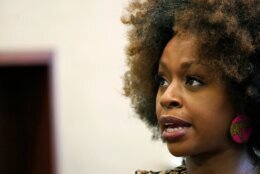 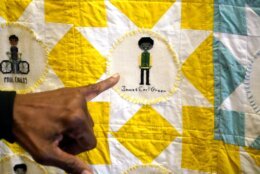 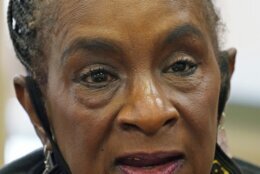 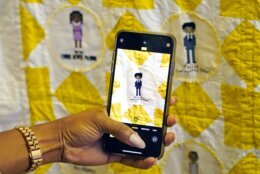 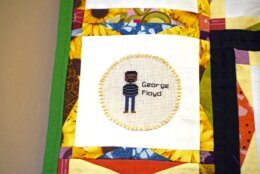 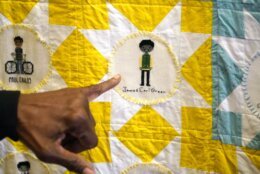 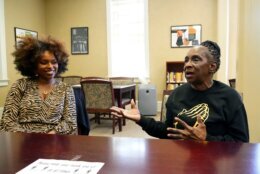 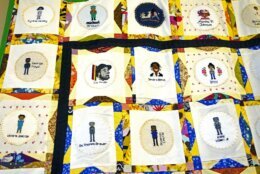 James Earl Green, an aspiring Olympic runner, was supposed to receive the green and yellow coat at his graduation in Mississippi half a century ago. It became a symbol of his life — and her loss, said his sister Gloria Green-McCray.

“She just kept it until it dry-rotted because that was all she really had to remember his dream — his vision,” Green-McCray said of her mother.

A cross-stitch portrait of Green wearing his track jacket is now included with 115 others in a quilting project dedicated to memorializing lives lost to racial violence in the U.S. The two quilts are open for public viewing on weekdays through Dec. 17 at Jackson State University’s Margaret Walker Center.

James Earl Green and 21-year-old Jackson State student Phillip Lafayette Gibbs were fatally shot on the Jackson State campus during a violent police response to a protest against racial injustice in 1970. Green was not a student at the historically Black university, but was walking through the campus on his way home from his grocery store job.

On a visit to Jackson State’s campus last week to see the portrait, Green-McCray, now in her late 60s, recalled her older brother’s ambitions of running in college and then in the Olympics. In the weeks leading up to his death, graduating and getting that track jacket were all he could talk about, she said.

“He didn’t get the chance to wear it,” she said, reaching out and running her finger across the tiny portrait.

The Stitch Their Names Memorial Project was started by Eugene, Oregon, high school math teacher Holli Johannes in July 2020 as so many around the U.S. reckoned with the country’s legacy of systematic racism in the wake of George Floyd’s murder at the hands of Minneapolis police. A group of 75 stitchers from across the U.S. and beyond worked together to construct the two quilts and a website containing biographies of each victim.

Johannes said they wanted to create a piece of art that would humanize the lives lost.

Each stitcher took a different, personalized approach: Some portraits are headshots, some full-body. They include different backdrops and details to inform viewers about the victims’ lives.

Elijah McClain, 23, a massage therapist killed by police in Aurora, Colorado, in 2019, is pictured playing the violin next to a tabby cat. McClain loved animals and taught himself how to play the guitar and violin.

John Crawford III, 22, was killed by police inside a Beavercreek, Ohio, Walmart store in 2014. He is depicted with his two young sons.

Gibbs — killed in Jackson the same night as Green — is wearing a gray suit. He was studying to be a lawyer.

Ebony Lumumba, department chair and associate professor of English at Jackson State, said quilting has long been a powerful form of activism and of reclaiming history — especially for Black women in America, whose voices are often overlooked.

“It’s a history that sometimes supersedes what can be written down,” said Lumumba, who is also the city of Jackson’s first lady. “That’s significant for our community because we have been denied the privilege of being documented for so many centuries and so this is one of the ways that we resist that.”

At Jackson State, Green-McCray said she hadn’t seen a quilt made since she was a little girl — the ones stitched by the women who raised her. She remembered how quilting was a form of storytelling for them. Her mother would piece together quilts using pieces of aprons, hats and dresses from her grandmother.

“Each little piece represents something — each piece had a significant meaning,” she said. “It was not just a piece of cloth, but it was a piece of history, a piece of that person.”

Green-McCray said the quilts would evoke memories, even of a time before she was born — a reminder of “the struggle of survival.”

“It’s like you re-live it,” she said. “My mother came from a family of sharecroppers, old slaves, and I can remember the history.”

Green-McCray said if people don’t learn about history, it repeats itself. When her brother was killed, everyone asked her, “‘Do you think this will ever happen again?’”

“At that time, we was thinking it was going to soon end, and it will never happen again,” she said. “Now today, you see them saying ‘Black Lives Matter,’ and that really grieves my spirit. We’ve come a long way, but we still got such a long way to go.”

Marcel Duchamp and the meaning of art

‘Anything Goes’ to steam into U.S. movie theaters in spring