Babe Ruth is the focus of a 32-item exhibition at the National Portrait Gallery called “One Life: Babe Ruth,” which opens June 24 and runs through May 15, 2017. See images of some of the featured pieces in the exhibition.
Listen now to WTOP News WTOP.com | Alexa | Google Home | WTOP App | 103.5 FM
(1/7) 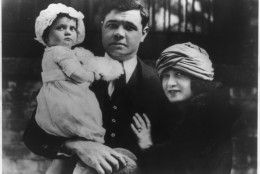 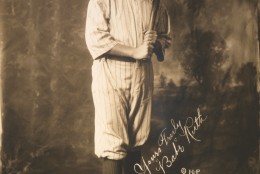 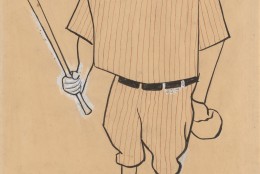 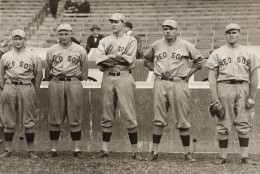 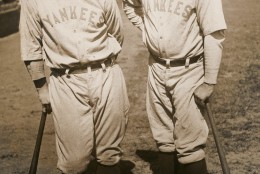 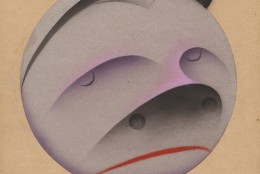 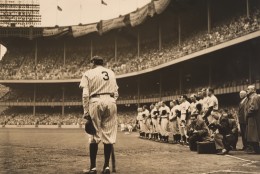 WASHINGTON — Babe Ruth was a man with many names — “Big Bam,” “The Great Bambino” and the “Sultan of Swat,” to name a few — and a new exhibit at Smithsonian’s National Portrait Gallery is showcasing just as many elements of the baseball legend’s life.

The Baltimore-born lefty is the focus of a 32-item exhibition at the National Portrait Gallery called “One Life: Babe Ruth.” It’s a quick glimpse into Ruth’s life through portraiture, said James Barber, historian at the Portrait Gallery and curator of the exhibition.

“We look at the life of this incredible person,” Barber said. “He’s like classic literature, a good book, which never goes out of print — there’s always an audience for.”

Of the more than 30 objects, 11 are portraits and caricatures from the Smithsonian’s collection. The rest of the collection is made up of borrowed memorabilia from places such as Ruth’s birthplace in Baltimore.

Also featured are some of the products The Caliph of Clout put his name behind.

Ruth may have died nearly 68 years ago, but he is still an appropriate icon to be featured in the exhibit because he “still resonates with the American public,” Barber said.

“Every day there is a youngster out there who is discovering Babe Ruth for the first time,” Barber said. 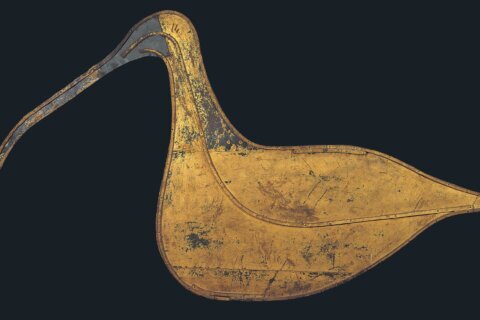