Home » Arlington, VA News » What to expect during…

What to expect during Wreaths Across America at Arlington National Cemetery

Wreaths Across America returns to Arlington National Cemetery on Saturday, Dec. 17, as well as 3,500 locations across the U.S. and around the world.
Listen now to WTOP News WTOP.com | Alexa | Google Home | WTOP App | 103.5 FM

Wreaths Across America returns on Saturday, Dec. 17, to Arlington National Cemetery, as well as to 3,500 other locations across the U.S. and around the world.

It is expected that 80,000 people will go to the famous Virginia cemetery to put wreaths on the graves of the at least 400,000 men and women who paid the ultimate sacrifice along with their family members.

To keep a feasible number of people on the grounds during its nine operating hours, the Arlington National Cemetery uses a reservation system.

Meanwhile, an escort of trucks from Columbia, Maine, will begin the road to Northern Virginia Sunday morning and arrive on Dec. 16.

“Police cars will escort the trucks along the route and there will be dozens of trucks heading south on I-95 making the journey,” said Don Queeney, transportation director for Wreaths Across America. “This is always a big deal in many of these towns along the route.”

To prepare for the event, Arlington county is informing commuters that areas around the cemetery, such as the Pentagon and Crystal City, will see massive traffic on Dec. 17.

“The public can anticipate large crowds and heavy pedestrian traffic related to the event. Traffic is expected to be impacted in and around the immediate area and motorists are advised to allot for extended travel times and seek alternate routes to reduce road congestion,” the county said in a news release.

“Motorists are reminded that parking on the shoulders of Route 110 and Washington Boulevard is strictly prohibited. Any vehicle that is left unattended will be towed at the owner’s expense.”

The following streets will be closed during the event: 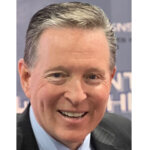