Fundraising for "The Longest Day" to support the Alzheimer’s Association and its care, support and research programs can take any form people want. Some hold bake sales or host card games, and one Arlington woman will be running seven marathons on seven continents in seven days.
Listen now to WTOP News WTOP.com | Alexa | Google Home | WTOP App | 103.5 FM
(1/6) 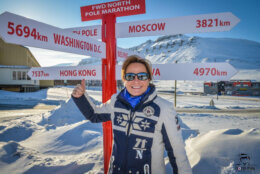 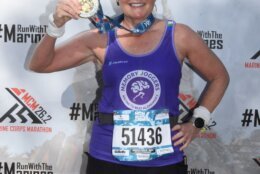 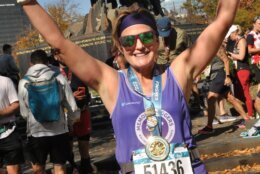 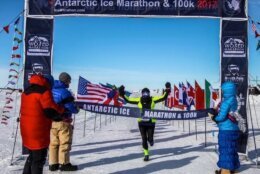 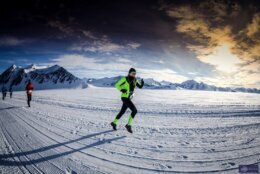 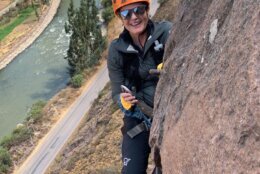 Fundraising for “The Longest Day” to support the Alzheimer’s Association and its care, support and research programs can take any form people want. Some hold bake sales or host card games, and one Arlington, Virginia, woman will be running seven marathons on seven continents in seven days.

Jill Jamieson has personal family history with Alzheimer’s disease. Both her mother and father have sisters who had Alzheimer’s. It claimed her father’s life when he was in his mid 70s.

“My dad, he was, he was an articulate, brilliant man who was always the light of every room,” Jamieson said.

She said it was a “soul-destroying, crushing thing to watch” a loved one go through the disease. It was also horrible to witness what was happening as a family.  She said she is hopeful that a cure can be found.

“I think that’s a call to action for all of us. And I will do everything I can to raise awareness and interest and money for the cause,” she said.

In 2004, she started a group called Memory Joggers, the purpose of which was to do adventure runs and extreme runs to raise money and awareness about Alzheimer’s.

The World Marathon Challenge that Jamieson is running late next month will be grueling. She’s preparing to run 183 miles in a week. It will involve a total of 68 hours in an airplane, running a marathon, and immediately jumping on a plane to the next destination.

“You’re fueled by airplane food and aspirin; then you just go to the next place, get off the plane, run, etc. And so there are lots of issues, lots of concern … I know that anything could happen,” she said.

Jamieson said she launched her foray into extreme events through Memory Joggers as a way of honoring her father. But, it was also a way to imprint indelible memories.

“Life is short, tomorrow’s never guaranteed and so the idea of prioritizing, doing things that you’ll remember the rest of your life, whether or not you have cognitive challenges, I think is important,” Jamieson said.

“I try to live every day as if I can’t remember anything after tomorrow. At least maybe someplace imprinted in my soul, I’ll remember these amazing adventures that my aging body and I got through.”

Jamieson’s fundraising page for the Alzheimer’s Association is on the group’s website.