A store robbery in Arlington, Virginia, sent a nearby school into lockdown, and two men have been charged — one for robbery and the other for trying to break into the school to get relatives he thought were in danger.
Listen now to WTOP News WTOP.com | Alexa | Google Home | WTOP App | 103.5 FM

A store robbery in Arlington, Virginia, sent a nearby school into lockdown, and two men have been charged — one for robbery and the other for trying to break into the school, where he had relatives.

Police responded to the report of a robbery on Friday before just after 12:20 p.m. on the 200 block of S. Glebe Road. Inside the store, they found Brian Driver, 44, who refused to follow police’s orders.

A police news release said that after Driver bought some merchandise, he selected other items and consumed one without paying. When store staff confronted him, police said Driver grabbed the employee, brandished a hammer and swung it. The employee avoided being struck.

Driver hit a display case with the hammer, which then broke.

Arlington police said he “actively resisted” and a struggle ensued. After stunning Driver, police took him into custody. He was arrested on charges of attempted malicious wounding, robbery, obstruction of justice and destruction of property. He was held without bond.

As the robbery was taking place, nearby Thomas Jefferson Middle School went into lockdown.

“In the interest of public safety, responding officers requested Thomas Jefferson Middle School be placed on a secure status due to its proximity to the business,” according to an Arlington County news release.

Alexander Sentayhu, 25, arrived at the school to pick up relatives who are students at the school. He found the school locked and called the Emergency Communications Center, “indicating he was armed and requested access to the school,” the news release said.

Sentayhu kicked the door, breaking the glass trying to force the door open. He was not able to enter the school and left before police arrived.

Police identified Sentayhu and found that a relative inside the school sent him texts, saying the school was locked down; and he “responded believing there may possibly be an act of violence occurring inside,” the news release said.

Sentayhu turned himself in Friday night, and he was charged with destruction of public property. He has been released on bond. The investigation is ongoing and additional charges may be sought at a later time.

The county said that it understood the community’s concerns over what happened.

“The incident that occurred at Thomas Jefferson Middle School could have had a tragic outcome. An unidentified individual attempting to force entry into a locked school could be perceived as an active threat,” the county news release said.

Anyone with information on what happened should call Arlington County police at 703-228-4180 or email ACPDTipline@arlingtonva.us. 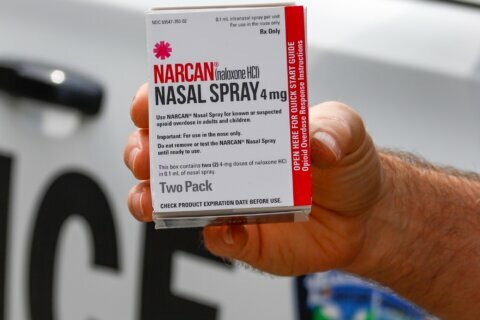