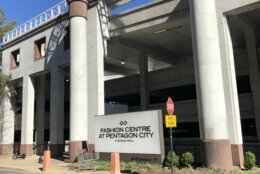 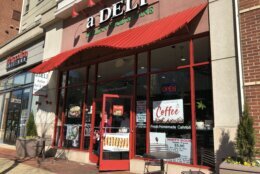 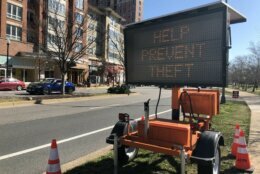 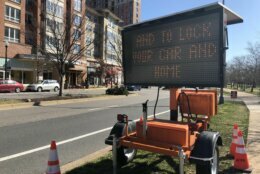 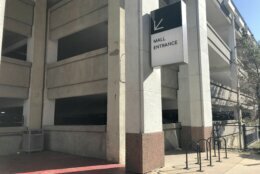 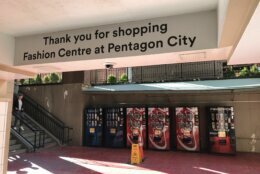 Concerns about carjackings have become prevalent in Arlington, Virginia, where another recent incident has prompted police to urge shoppers at Pentagon Row and Fashion Centre at Pentagon City to lock their doors and remain alert.

Police have placed a sign on South Joyce Street reminding visitors to secure and protect their personal belongings. The warning is in front of Kawal Kapoor’s business, a-Deli Italian Food and Wine.

“In this area, people are kind of scared to come out,” Kapoor said.

Police said there have been at least four carjackings in the area since mid-January. They think the same person may be behind all of them.

The latest came this weekend, when a thief stole a car and led police on a chase traveling faster than 100 mph.

Kapoor said it’s impacting the amount of business he does.

“Business has slowed down a little bit because of people not parking around here,” he said.

Some who live and shop in the area are worried for their safety.

Betina Margolis lives in Shirlington and is a frequent shopper at both Pentagon Row and the Pentagon City mall.

The recent thefts and carjackings have alarmed her.

“I’m kind of surprised. I always thought this was a safe area,” Margolis said.

Police now have an increased presence in the area.

James Danzeisen lives right above the Pentagon City Metro and said he now is paying more attention to his surroundings.

“That greatly concerns me. I always thought it was safe,” Danzeisen said. 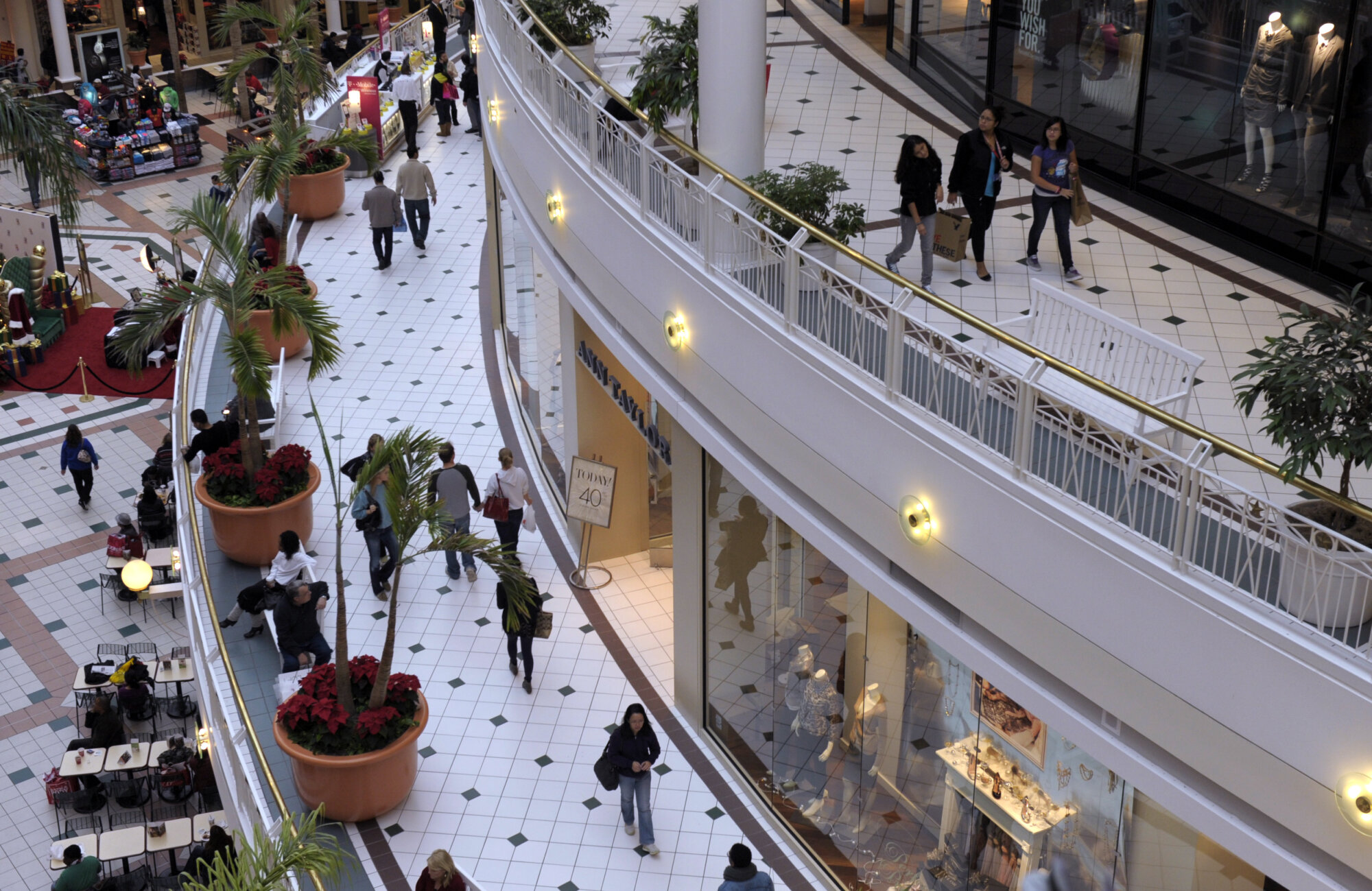