A new senior living center, perhaps the first to be built in Arlington in decades, could soon be on the way for a property along Lee Highway.

McLean-based Artis Senior Living has filed plans with the county to build a six-story facility with 175 units on a 2.79-acre property near Cherrydale. The building would be divided into two wings, surrounding a landscaped plaza and a new public park near the site, located at 2134 N. Taylor St.

Artis has discussed the potential of bringing a senior living center to the property with neighbors in Cherrydale and Waverly Hills for close to a year now, but the company (which operates facilities across nine different states) only brought zoning applications to county officials in late November.

“The proposed facility would be the first new assisted living facility constructed in Arlington in almost 20 years,” Martin Walsh, an attorney representing Artis, wrote in a letter to zoning officials. “There is a sincere need for additional senior housing in Arlington. Currently, without sufficient capacity in the county, seniors are forced to look outside Arlington for assisted living. The proposed facility would allow Arlington’s seniors to ‘age in place’ and continue to call Arlington home.”

Artis’ plans call for one wing of the building to be about 173,600 square feet in size, with another at about 152,500 square feet. That would include room for 95 assisted living units, and another 80 specifically set aside for “memory care” patients.

The apartments would range in size from studios to one- or two-bedroom units. The buildings will overlook a plaza with green space for residents, which will sit over top of a partially buried parking garage. That will have about 108 spaces, under the company’s proposal, which Artis expects will be more than enough space for the center’s 50 employees.

The company also expects that close to 30 percent of its workforce will rely on nearby Metrobus and Arlington Transit routes to get to work, and a traffic analysis attached to the plans does not foresee the senior center impacting congestion on Lee Highway.

The new park, designed as a contribution from Artis to the county in order to benefit both the facility’s residents and neighbors, would be located at N. Taylor Street’s intersection with Lee Highway. Walsh noted in the application that a visioning study of the Lee Highway corridor completed in 2016 called for a new park on that site — the document was created ahead of a broader effort to draw up new plans for the entire corridor, which just began in earnest last month.

Once the county signs off this proposal, Artis plans to purchase the property, which is made up of several different parcels of land along the 4300 block of Lee Highway. They were owned for decades by the Courembis family, and neighbors have often debated what might become of them, though the homes on the land now sit empty, according to Artis’ application.

The company is asking for some zoning changes to allow for the construction of a senior center in the area, and submitted this application as a “site plan,” a process that will involve an additional layer of county scrutiny.

The Site Plan Review Committee will now hold meetings on the project and its design. Should it withstand that group’s review, it will need to advance to the Planning Commission and, ultimately, the Arlington County Board for approval. 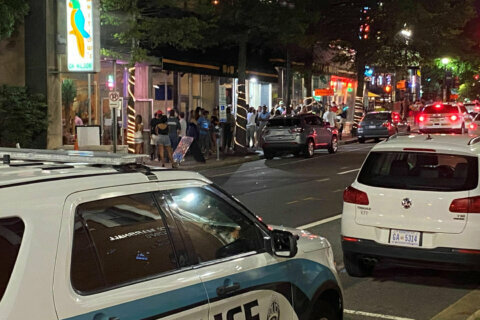