Cross-burning victims want priest to out other Klan members

A Catholic priest who admitted to his role in a cross-burning in College Park, Maryland, wants forgiveness. But the family he targeted wants him to name more Klan members who took part in the cross-burnings.
Listen now to WTOP News WTOP.com | Alexa | Google Home | WTOP App | 103.5 FM
(1/8) 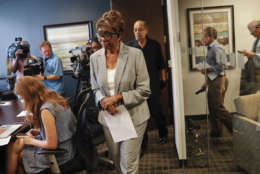 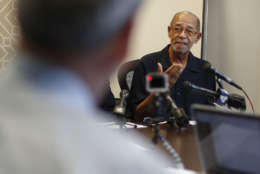 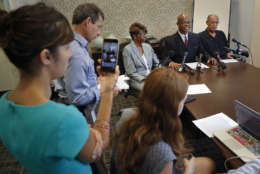 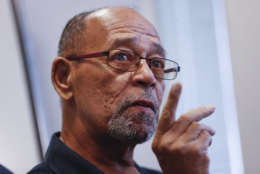 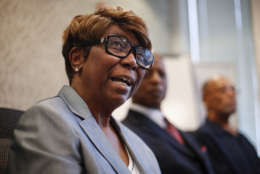 WASHINGTON — An African-American family that was targeted by a cross-burning 40 years ago in College Park, Maryland, spoke out Wednesday, after learning that the Ku Klux Klan member responsible is now a Catholic priest in Fairfax, Virginia.

Rev. William Aitcheson, 62, apologized in a newspaper column this week and asked for forgiveness for what he called his “despicable” actions as a Klan member 40 years ago.

He was convicted on criminal charges for his role in several cross-burnings in 1977, and for threatening to kill Martin Luther King Jr.’s widow Coretta Scott King.

Aitcheson was sentenced to 90 days in jail.

At a news conference Wednesday, Phillip and Barbara Butler described the day in 1977 when they found a 6- or 7-foot-tall cross on the front lawn of their home on Drake Place in College Park.

“This was the last day of the movie ‘Roots’ … I always remembered that,” Phillip Butler said.

“I had never seen a cross [burning],” said Barbara Butler. “You see this on television or something like that, but to really have one, you know, in your yard — is that much hatred in your heart, that you would do something like … I don’t know you, and you don’t know me. So why are you doing this?”

“I have to give that a lot of serious, serious thought, because you changed our lives a lot,” Barbara Butler said of Aitcheson’s request for forgiveness. “I mean, we had just bought a house, just got married, and all of a sudden this happens.”

The Butlers’ attorney, Ted Williams, said his clients are not interested in meeting unless Aitcheson gives up the names of other Klan members who took part in cross burnings.

In a previous statement, the Catholic Diocese of Arlington said Aitcheson and Bishop Michael Burbidge have offered to meet privately with the Butlers “in the hope that it may bring them healing.”

In a statement on Wednesday night, the Diocese said it is “encouraging Fr. Aitcheson to fulfill his legal and moral obligations to the Butler family … Fr. Aitcheson agrees to fully cooperate with law enforcement.”

After Aitcheson’s column was published, the diocese announced that he was voluntarily taking a leave of absence.

In his column, the priest said his past was not secret, but he felt compelled to talk about it following the white nationalist rally in Charlottesville.

But Williams said he believes Aitcheson came forward only because he was going to be exposed.

In its statement, the Diocese acknowledged it, and Aitcheson, was contacted by a freelance reporter who had learned of his story.

The Diocese said Aitcheson “acknowledged his past and saw the opportunity to tell his story in the hopes that others would see the possibility of conversion and repentance, especially given the context of what occurred in Charlottesville. The Diocese agreed to publish his account.”

Years after the incident, the Butlers won a $23,000 civil judgment against Aitcheson, and received a personal visit from President Ronald Reagan, who with his wife, Nancy, condemned the hate crime.

But Aitcheson never apologized to the Butlers, in writing or in person during their time in court.

The couple is still owed $23,000 in civil damages from the burning, and the diocese of Arlington says it is working with Aitcheson to make restitution.

This story was updated at 7:30 p.m. with quotes from a statement from the Catholic Diocese of Arlington that was sent after this story was first published.