By water, pedal and foot, kids take on the Arlington Triathlon

Kids woke up early to take part in The Arlington Triathlon, an event for young participants between the ages of 7 and 15.
Listen now to WTOP News WTOP.com | Alexa | Google Home | WTOP App | 103.5 FM
(1/5) 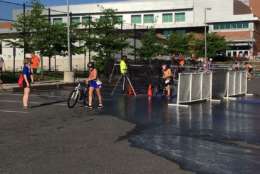 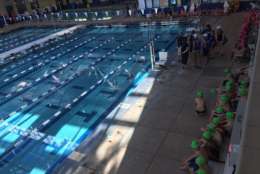 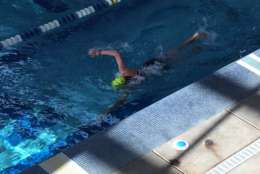 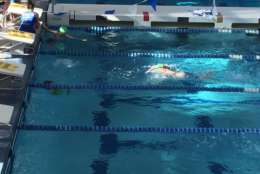 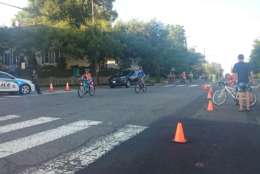 ARLINGTON, Va. — Kids woke up early to take part in the Arlington Triathlon, an event for young participants between the ages of 7 and 15.

The reasoning was pretty simple for some.

This was the first triathlon for him and his younger brother, Ryan.

Participants started the event with laps in the Washington-Lee High School pool, went to their bikes to complete laps outside of the school, and then ran laps on the school’s track.

“My husband and I are both runners so we’re kind of used to the occasional early wake-up to go stand in line with a bib number on,” Kelly McKenzie told WTOP. “The kids really wanted to try and get involved and try to have a good, healthy lifestyle.”

While it was the first triathlon for her kids, it wasn’t for others.

“First time she’s participating in The Arlington Triathlon, but this is her fifth year doing triathlons,” said Julia Kayne.

Her 12-year-old daughter, Samantha, enjoys these events, but had one minor gripe.

“I had to wake up super early.”

The kids also got some practice in before the Sunday triathlon.

“I’m practicing biking and I have annual swimming classes and I just do little jogs after I stop my bike to practice the feeling after you start riding,” Ryan McKenzie, 9, said. “You’re legs get so used to biking.”

“I’ve done a bunch of bike rides around the neighborhood,” his brother shared. “We did a bunch of swimming and then we went for like two or three runs.”

And it wasn’t any easier for the parents.

“Last night was a little hectic,” said McKenzie. “Trying to make sure we can get both bikes in one car and then get the kids in the other car with their bags, make sure they have goggles and T-shirts and sunblock and shoes, importantly.”

“It is three sports,” she explained. “It helps when you already swim because she swims as well, so we always have five caps and five goggles in the bag. So goggles, caps. For the bike, a bike, absolutely a helmet, sunglasses if it is sunny.”

The parents were just hoping that the kids finish and that they had fun.

Of the three parts, which did the kids enjoy the most?

“The bike. I like the wind on my face,” said Samantha.

“I kind of like the biking,” Ryan explained. “The swimming, like it’s fun, but it’s sometimes tiring and it gets boring after a bit if you go for it too long. And running, I’m not particularly a running guy and I just like biking.”

“I would probably say swimming and biking — no, actually, running,” Kaizer Doriwala, 9, shared after thinking about it for a moment.