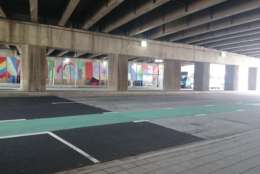 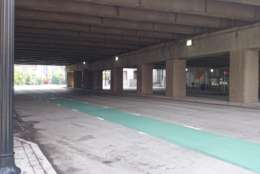 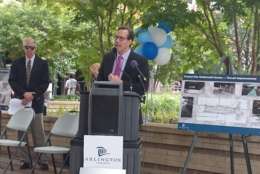 ARLINGTON, Va. — The Crystal City Multimodal Center is now open and ready for the public.

The new center increases bus capacity around the Crystal City Metro station to increase local and regional access to Metro.

“We have a road; we have a train; we have sidewalks — but they didn’t interact well,” Northern Virginia Transportation Authority Chairman Martin Nohe told WTOP.

That was resolved by adding lighting and artwork to the U.S. Route 1 overpass — which sits right next to the station, adding bike lanes to and through the area, improving sidewalks and crosswalks, and adding designated curb areas for shuttles and kiss-n-ride.

“The Crystal City BID (Business Improvement District) changed the whole feel of this plaza — the experience, the public art, the lighting,” Arlington County Board Chairman Jay Fisette said while standing in the plaza.

“Then you have the NVTA come in and the connection to those alternative transportation choices: the commuter bus, the other bus systems, the ART bus, the bike lanes. It is enhanced in a way that makes the intersection and the whole Metro station work more fluidly.”

The improvements not only benefit people who live and work in the area, but officials say it will help regional commuters have an easier commute into Arlington and D.C.

“The Crystal City Metro station is the fourth-busiest suburban Metro station in the entire system,” Nohe noted. “Since this project has begun, the increase in ridership through this station has increased by 50 percent.”

Nohe said that just shows how commuters and visitors to the D.C. area are finding the Crystal City Metro station a convenient option for getting around.

Metro, ART and Fairfax Connector are currently using the bays, but Loudoun County Transit and PRTC/OmniRide are expected to bring their service to the multimodal center.

Along with the transit improvements, Arlington County rebuilt the intersection at South Bell Street and 18th Street South. Bell Street is now a two-way street once again, which the county said is part of the plan to reconnect Crystal City’s street grid. 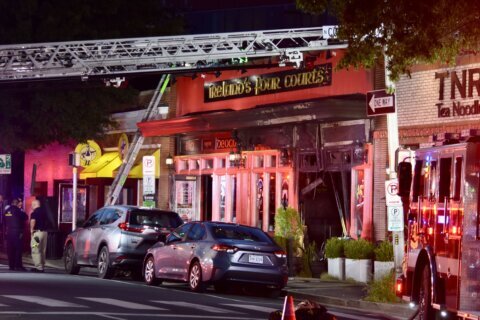 ‘Like an explosion’: At least 14 hurt as car crashes into building in Arlington