Short-term residential lodging is growing in the D.C. area thanks to numerous tourist attractions in the nation’s capital, including monuments, museums and special events like the quadrennial presidential inauguration.

Under proposed changes to the zoning laws, homes in all residential areas of the county could be used in the online marketplace for short-term lodging.

The plan is moving forward despite the opposition of some residents.

“People move into single-family neighborhoods, they want to raise their families, they want to have some privacy, they don’t want to live next door to a Motel 6,” Arlington resident Vonda Derico told the board before its vote.

But other residents were enthusiastic about Airbnb, and there are already hundreds of listings for rentals in Arlington. Some wish the county would tread lightly before regulating the growing area of the sharing economy.

“The citizens of Arlington don’t need the government to dictate how to live and share with each other. Allow the character of our neighborhoods to evolve naturally,” said Emily Larson, who lives in the Ballston neighborhood of Arlington.

The proposed regulations outline owner occupancy requirements, the maximum number of guests allowed and whether parking must be provided. The Virginia General Assembly is already working on legislation that would provide state regulations for Airbnb, and Arlington leaders said their rules could influence the outcome of state regulations.

Arlington’s proposed regulations will face a public hearing in December. 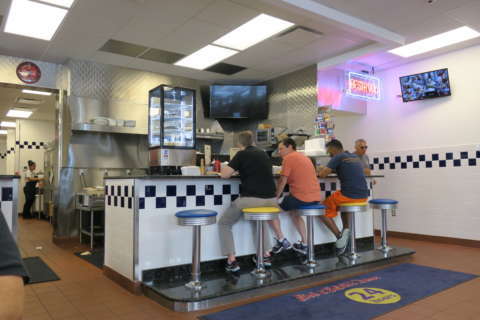 Bob & Edith’s Diner to franchise. It’s the same size today that Five Guys was when it blew up.