The nation will soon mark the 15th anniversary of one of the darkest days in its history — Sept. 11, 2001. But on Saturday, a group of firefighters returned to the Pentagon, where they responded after a plane slammed into the building and killed 184 people 15 years ago.
Listen now to WTOP News WTOP.com | Alexa | Google Home | WTOP App | 103.5 FM
(1/4) 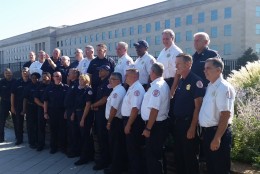 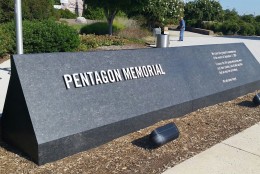 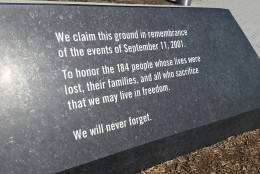 ARLINGTON, Va. — The nation will soon mark the 15th anniversary of one of the darkest days in its history — Sept. 11, 2001. But on Saturday, a group of firefighters returned to the Pentagon, where they responded after a plane slammed into the building and killed 184 people 15 years ago.

Inside the building, 125 people died, and 59 others onboard American Airlines Flight 77 died. Those numbers do not include the terrorists.

“What these [firefighters] did here is beyond heroic,” Alexandria Fire Chief Robert Dubé said Saturday.

Even 15 years later, what happened here is seared into the memories of these men and women.

“It’s hard looking at [the Pentagon] now,” Dubé said. “All I see is what I saw that week.”

It took 10 years for Dubé to return to the Pentagon, and that was for the 10th anniversary of 9/11.

His firefighters and volunteers — those who were part of the Pentagon response — gathered for a 15-year anniversary photo Saturday morning. They took the photo because it is important to “never forget” and to honor those who died, Dubé said. He wants the younger members and future members to know the big part the department played that day.

This year is the fire department’s 150th anniversary. Dubé said 9/11 is ingrained in its history, and time was running to document those in the department who were part of the Pentagon response. Over the years, people have retired and moved on.

During the 9/11 Pentagon response, Dubé was not with the Alexandria Fire Department — he was a captain with the Fairfax County Fire Department and part of the Virginia Task Force 1, an international urban search and rescue team.

“We were deployed [to the Pentagon] immediately, and we worked here eight to nine days,” he said.

As more and more time passes, Dubé said, people do not remember what happened here.

“It’s tough to wrap your head around what we did here if you weren’t here,” he said.

Battalion Chief David Bogozi with the Alexandria Fire Department said it was important for the group to get together to remember what they did.

As firefighters, Bogozi said, they had seen death and destruction before, but “the things we saw [in the Pentagon attack] were things we never ever expected to see.”

Bogozi said he prays that nothing like this ever happens again.

“I hate to say it, but at some point in all the new people’s careers … they’re probably going to face something like this again,” he said. “I pray to God it doesn’t happen.” 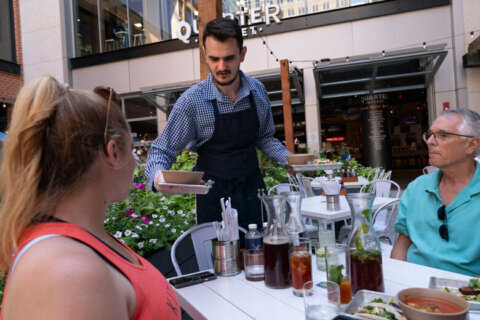