A Maryland man has pleaded guilty to charges stemming from the slaying of a man and shooting of two police detectives in February.
Listen now to WTOP News WTOP.com | Alexa | Google Home | WTOP App | 103.5 FM

ANNAPOLIS, Md. — A Maryland man has pleaded guilty to murder and attempted murder charges stemming from the slaying of a man and shooting of two police detectives in February.

The Capital Gazette reported Joseph Robert Mitchell Willis entered his plea Tuesday as part of a deal with prosecutors in which they agreed not to pursue a sentence of life in prison without the possibility of parole.

But prosecutors could still ask Circuit Judge Michael Wachs to order Willis to serve as many as three consecutive life sentences.

The 22-year-old Pasadena man critically injured the detectives while they were trying to arrest him in the death of Christopher Lawrence Jones. 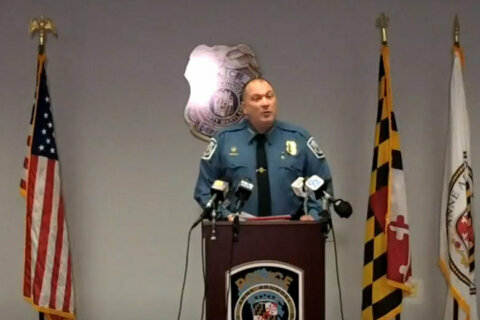 After 15-hour manhunt, suspect in shooting of 2 Md. detectives arrested in home with $15K in drugs