"As we kind of got a little carried away with ourselves, we realized that we were going to have enough produce to feed a small army," Andrew Camela said.
Listen now to WTOP News WTOP.com | Alexa | Google Home | WTOP App | 103.5 FM
(1/7) 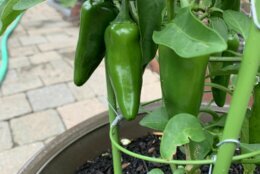 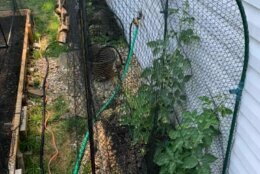 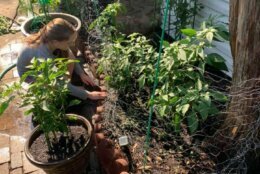 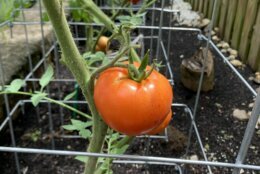 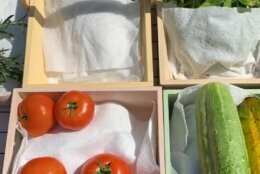 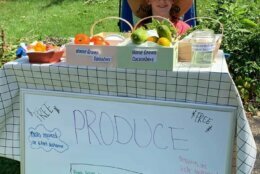 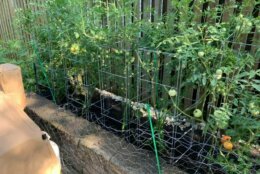 Stuck at home during the pandemic, a father and daughter decided to plant a garden in their Anne Arundel County, Maryland, backyard.

They ended up growing so much produce, they’re giving it away free to help others during the coronavirus crisis.

“As we kind of got a little carried away with ourselves, we realized that we were going to have enough produce to feed a small army,” Andrew Camela said.

So they set up a mini farm stand.

Kaylynn Camela is the one working the stand.

“We decided to put my old desk that I used to have next to my mailbox in our front yard,” she said. “So I sit out there with a beach chair, and we have little fruit baskets with the vegetables and produce that we have out front, so people can drive by and stop by.”

They’re also asking those visitors, who are willing and able, to donate to Alex’s Lemonade Stand.

So far, just a few days after launching, they’ve raised about $40 and are hoping to eventually send a big check to the charity.

“We get a lot of people who are kind of shocked that an 11-year-old is putting so much time and effort into something she’s not even looking to make a dollar off of,” Andrew Camela said.

After spreading the word about their giveaway on some Anne Arundel County Facebook pages, the Camelas ran out of produce earlier this week. They will have more soon when it’s ripe and ready.

You can check their KC’s Farmstand Facebook page for updates.

Because they got such a strong, quick response from the community, the Camelas are reaching out to area farmers markets, produce stands and nurseries for help restocking. If businesses have extra produce they can’t sell, the two are willing to go pick it up.

And because they’re new at this, father and daughter have been watching a lot of online videos about backyard gardening and are eager to hear any tips and tricks from experts out there.

“It’s nice to be able to spread some joy,” Andrew Camela said.