Many people stopped to pay their respects to Sen. John McCain as his funeral procession made its way along the Inner Loop of the Capital Beltway and along US 50 Sunday morning to arrive at the U.S. Naval Academy in Annapolis, Maryland.
Listen now to WTOP News WTOP.com | Alexa | Google Home | WTOP App | 103.5 FM
(1/16) 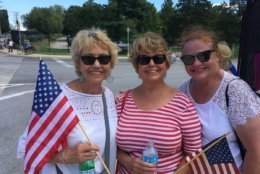 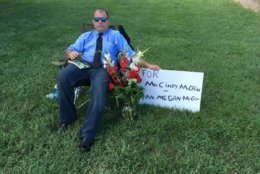 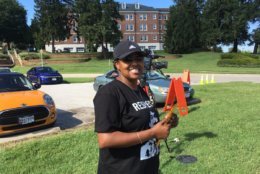 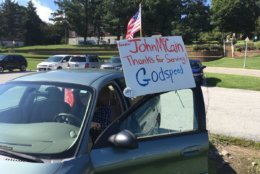 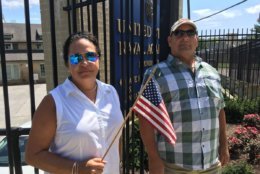 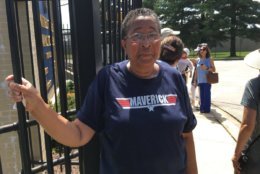 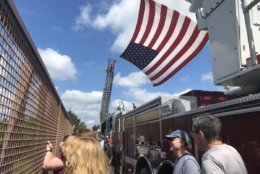 WASHINGTON — Sen. John McCain’s funeral procession made its way along the Inner Loop of the Capital Beltway and along US 50 Sunday morning to arrive at the U.S. Naval Academy in Annapolis, Maryland.

A private ceremony was held at 2 p.m. the Naval Academy’s chapel after a procession to the burial site alongside a lifelong friend on a grassy hill at the academy.

People lined the streets outside Gate 8 of the U.S. Naval Academy to bid McCain a final farewell.

“He was the embodiment of America. He’s been a fair and decent man his whole life,” said Bill, who declined to give his last name. Strangers were sharing their fond memories of stories of meeting McCain

“John McCain to me, was just a true American hero,” said Rick Newman, who lives in Annapolis.

Many stopped their cars along US 50 to wait for the motorcade to pass on its way to the academy Sunday afternoon and to pay their respects to Sen. McCain.

Fire crews hoisted an American flag along Church Road above US 50 in Bowie, Maryland, with police redirecting onlookers to Church Road, 197 or the footpath along 197.

“It was just a very beautiful and moving processional and the only way I could give Sen. McCain his respects,” said Sandra Nash who was on her way home when she and her mother decided to stop and wait for the motorcade.

“This was a necessary historical thing for us to do,” Nash said.

WTOP’s Liz Anderson and Melissa Howell contributed to this report.