Holidays: 'Enchant' shines with millions of lights in Nats Park | Where to see holiday lights | Send in photos of decorations | How to give greener this season
Home » Anne Arundel County, MD News » 5 charges of murder… 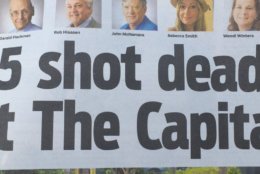 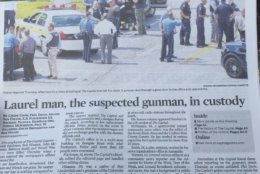 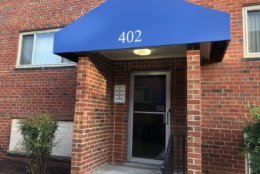 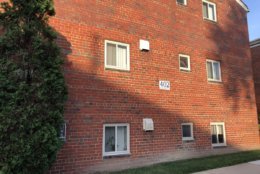 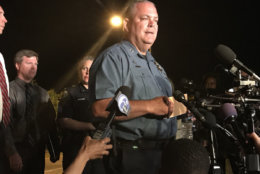 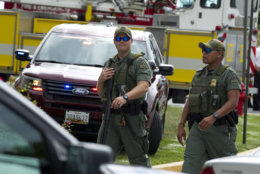 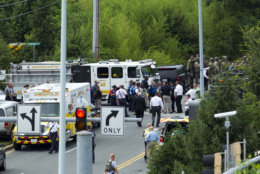 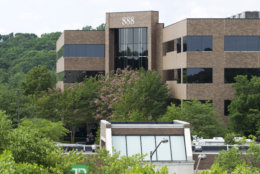 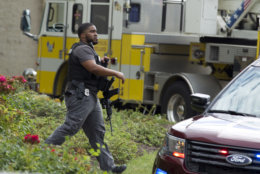 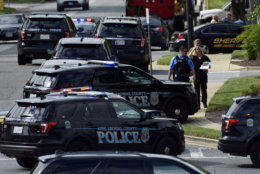 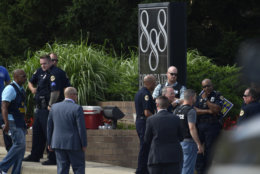 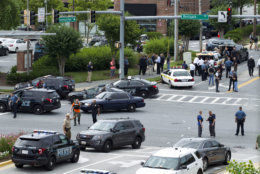 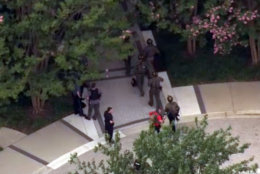 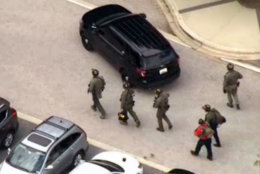 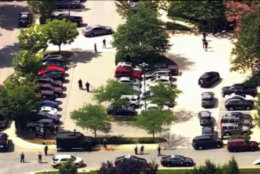 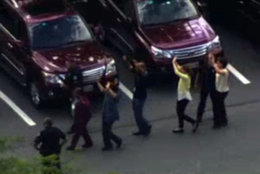 WASHINGTON — The Maryland man accused of killing five Capital Gazette employees Thursday afternoon in Annapolis has been charged with five counts of murder. Police released the names of the victims Thursday night.

Jarrod W. Ramos has been charged with five counts of first-degree murder, according to court records. Online records indicate he is due in court at 10:30 a.m. Friday.

Anne Arundel County police then released the names of the five people killed in the shooting. They were all Capital Gazette employees: Wendi Winters, Rebecca Smith, Robert Hiaasen, Gerald Fischman and John McNamara.

The Capital Gazette released more information about the victims on their website: Winters, 65, was described as a “prolific and dependable writer“; Smith, 34, was a sales assistant who was also a recent hire; Hiaasen, 59, was an assistant editor and columnist; Fischman, 61, was an editor and “great writer“; and McNamara, 56, known as “Mac,” was a reporter.

Krampf did not confirm the identity of the suspected shooter Thursday night. The suspect, who is in custody, is a Maryland resident in his late 30s. Krampf did not specify where exactly in Maryland the man lives.

#Annapolis Shooting Update: we want to put out again…at this time due to investigative reasons we have not released the name of the suspect in custody. The suspect has not been booked and there is no booking photo available for release. Thanks

The gunman entered the first floor of the building at 888 Bestgate Road with a shotgun, Krampf said. 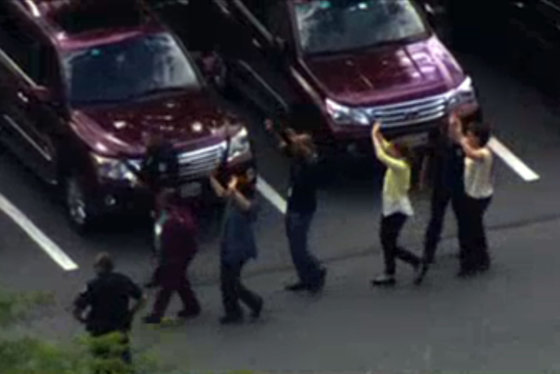 Two others were injured, but Krampf said their injuries were “superficial,” likely from shattered glass from the shotgun blast.

Earlier, Krampf said that there may have been what authorities thought was an explosive device. Krampf later said that the device was actually canisters of smoke grenades that the suspect used inside of the building.

“This person was prepared to shoot people. His intent was to cause harm,” Krampf said.

He added that police are investigating exactly what problem the suspect had with the Capital Gazette, but could not say any specific threats the man may have made toward the news outlet. Krampf said they were general threats to the Capital Gazette and that they indicated violence.

Investigators are at the scene, Krampf said, “so they can start the process of identifying what occurred, and how it occurred and why it occurred.”

Around 3:20 p.m. Thursday, Anne Arundel County police first confirmed the presence of an active shooter at the Bestgate Road building, which contains the Capital Gazette newspaper and several other businesses.

There was no gunfire exchange between officers and the suspect, authorities said.

Around 170 people were escorted out of the building safely and taken to a reunification area at the nearby mall, Krampf added. Police worked for more than an hour to evacuate and clear the building.

Tom Marquardt, a former Capital Gazette editor, told ABC News that staff at the news outlet had dealt with threats in the past, though most of them were anonymous. Security had always been a concern, Marquardt said.

Krampf later said, “We know through the investigation that there are no further threats to the Capital Gazette newspaper or to the area around 888 Bestgate Road.”

Hogan first tweeted that he was “absolutely devastated” to learn about the shooting in Annapolis.

Then, in a tweeted statement shortly before 7 p.m., Hogan said, “The Capital Gazette is my hometown paper, and I have the greatest respect for the fine journalists, and all the men and women, who work there. They serve each day to shine light on the world around us so that we might see with more clarity and greater understanding.”

Minutes after police had confirmed the shooting, Capital Gazette reporter Phil Davis had tweeted the gunman “shot through the glass door to the office and opened fire on multiple employees.”

The shooting brought a large police presence to the area, including the Westfield Annapolis Mall. People with loved ones who worked in the building could reunite with them at the Lord and Taylor at the nearby mall, authorities said.

The Capital Gazette shooting sparked police responses to newsrooms in other parts of the country.

Police in Los Angeles said although there weren’t direct threats to news outlets at the time, they were taking precautions. Police in New York City also took precautions, not from specific threats but from “an abundance of caution.”

We are monitoring the reports from #Annapolis and have deployed counterterrorism teams to media organizations around New York City. These deployments are not based on specific threat information, but rather a standard practice out of an abundance of caution. @NYPDCT pic.twitter.com/lHTL5gjvRf

#LAPD is closely monitoring the Annapolis Capital Gazette shooting. There is no direct threat at this time. We are reaching out to our media partners as a precautionary measure. We encourage Los Angeles to trust your instincts. If you see something, say something.

Below is a map with the location near the shooting in Annapolis:

Terik King is an Associate Producer for WTOP. New to the news industry, before joining WTOP he held roles producing podcasts, unscripted television and content for MTV, the NFL and independent documentary production companies. 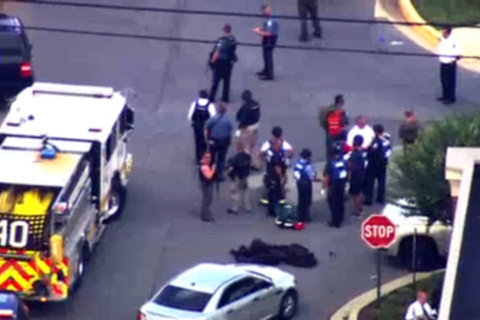 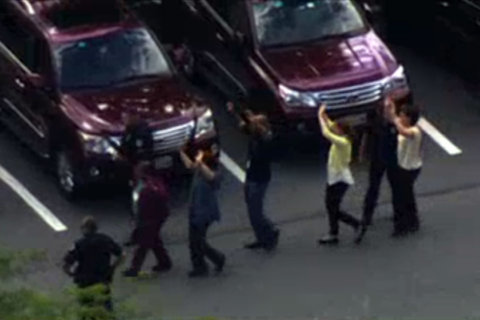