WASHINGTON — A massive fire that killed six people — four children and their grandparents — in Anne Arundel County in January has been ruled accidental by investigators.

The fire destroyed the $6 million Annapolis home of Donald and Sandra Pyle, who were killed along with Charlotte and Wesley Boone plus Alexis and Kaitlyn Boone. All died from smoke inhalation as a result of the blaze.

A report issued Wednesday says the fire was accidental and started in an electrical connection below the tree. The heat from the outlet caused the Christmas tree skirt to catch fire, which then spread quickly to the tree in the great room of the house, according to the report.

According to the report, the tree likely went up in flames in a matter of second and generated an intense fire that would have spread to nearby furniture, velvet curtains and along the 19-foot-high ceiling.

The tree was scheduled to be removed Jan. 20, the day after the fire occurred, and had been kept by the family so they could enjoy it longer even though it was drooping and dropping needles. The 15-foot Fraser fir was decorated with as many as 15 strands of lights, which were plugged into the electrical outlet and turned on for six weeks before the fire.

“There were no timers on the Christmas lights. The lights were plugged into the receptacle next to the tree and the lights were left on 24 hours a day, seven days a week,” according to the 43-page report issued by the Bureau of Alcohol, Tobacco, Firearms and Explosives and the Anne Arundel County Fire Department.

As part of the probe, fire investigators purchased three test trees from the same farm that grew the Pyles tree. Investigators kept the trees for six weeks, watering one daily and the other two weekly.

Burn tests found the tree watered daily took 7 minutes to ignite but that it generated enough heat to burn down a home as large as the Pyles, which investigators said was built like a commercial structure. The other two test trees began to burn within 5 to 30 seconds.

Based on those tests, investigators determined that “the amount of heat generated during the fire in the great room of the Pyle’s residence was overwhelming and that it spread at an extremely rapid rate. These factors explain why all six occupants were unable to escape and ultimately fell victim to the fire.”

Investigators also determined that the home’s fire alarm system worked the night of the fire. The alarm service called the house, 911 and repeatedly called the Pyles’ cellphones.

Other potential causes of the fire were also scrutinized, but all were ruled out, including the possibility of arson.

“Though investigators were unable to affirmatively exclude the possibility that this fire was the result of human introduction of open flame to available combustible material, there is no evidence to suggest such a thing happened,” the report says. “The theory of an intentional act is improbable.” 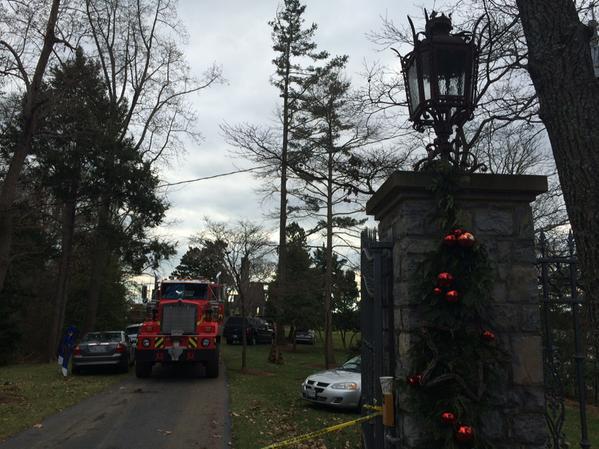 Cause of Annapolis mansion fire identified