WASHINGTON — The honorees at a Capitol Hill awards ceremony Wednesday stuck out their tongues and walked on all fours.

They’re retired military dogs, after all.

“Bottom line is, they saved the lives of our men and women in service, which I think is a tremendous reason to honor their service,” said Dr. Robin Ganzert, president and CEO of animal welfare nonprofit American Humane.

This marks the second year the organization has handed out K-9 Medal of Courage awards. 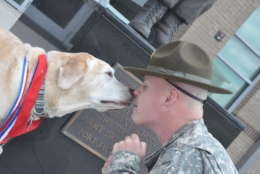 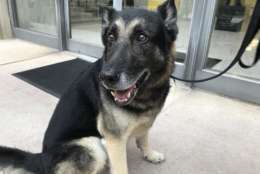 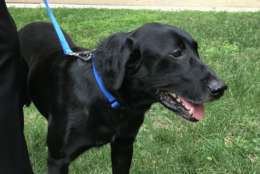 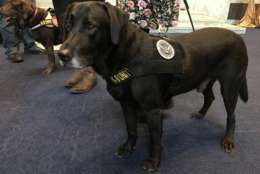 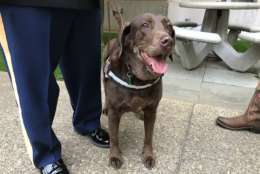 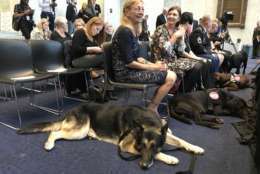 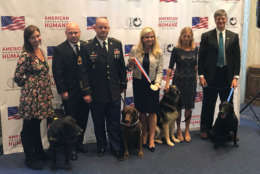 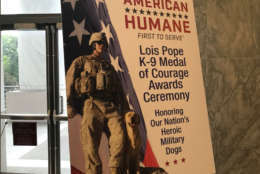 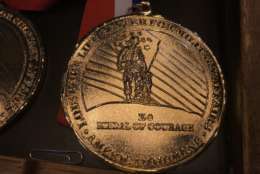 One of this year’s winners, a chocolate lab named Coffee, served 10 years in the military with just one handler: Army Sgt. 1st Class James Bennett.

“Coffee’s purpose originally was IED defeat … so her job was to clear routes, buildings, paths, looking for explosives, anything that might injure troops. And beyond that, to find caches where they would hide stockpiles of them,” said Bennett.

Coffee had three tours of duty with Bennett in Afghanistan.

“Overall, her job was literally to lead units, be in front of units and get them from point A to point B safely, so they could effectively do their mission,” Bennett said.

“We got every troop home safe, back to base on mission safe, every time we went out. She’s never let me down. Not once.”

Another Medal of Courage winner, a black lab named Alphie, served two tours in Afghanistan, was shot at several times and nearly fell out of an aircraft that was under fire. Alphie retired from the military in 2014, but now sniffs out explosives at airports for the Transportation Security Administration.

The other winners include: