The vessels were found not far from where an 18th-century ship was unearthed back in December 2015. Alexandria city officials will help determine next steps.

WASHINGTON — Two additional centuries-old ships have been unearthed in Old Town Alexandria, not far from where an 18th-century vessel was unearthed a few years ago.

The discovery was made at a construction site where Robinson Terminal South was located, according to a news release Monday from the City of Alexandria. Early indications are that the two ships are from the same era as the ship that was found at the Hotel Indigo site in 2015.

Archaeologists believe that that 50-foot ship was built sometime after 1741 and ended up being used as landfill in the late 1700s.

“The discovery of three historic ships in a two-block area is absolutely incredible,” said acting City Archaeologist Eleanor Breen in a statement. “There have been very few ships from this era excavated in Virginia or nationwide.”

(Developers are required to have archaeologists on site “to monitor all phases of ground disturbance,” according to the city.)

It’s a private construction site, so the artifacts are not visible from the street.

“Excavations have the potential to continue to unearth additional evidence of early wharves and piers, maritime vessels, early industries and commercial and domestic activities,” the city’s statement added. 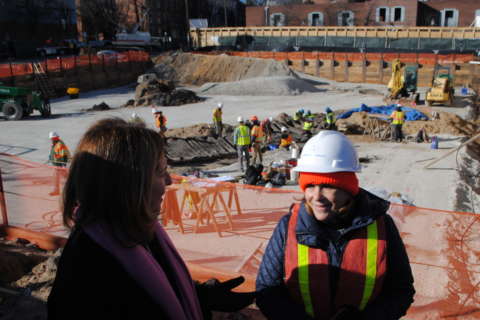 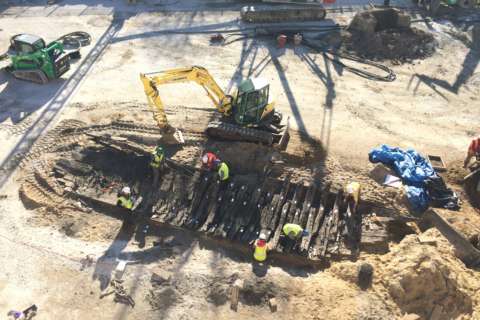