Renaming of Jefferson Davis Highway moving along in Alexandria

A special city advisory group conducted a recent public hearing on the name change and is expected to make its recommendation to the city council on Oct. 5.
Listen now to WTOP News WTOP.com | Alexa | Google Home | WTOP App | 103.5 FM

ALEXANDRIA, Va. — Alexandria has moved another step closer to renaming Jefferson Davis Highway, following the city council’s decision that the roadway will no longer bear the name of the Confederacy’s one and only president.

About a half dozen citizens offered their ideas for new names at a public hearing Monday night at the Oswald Durant Art Center.

A special city advisory group conducted the public hearing and is expected to make its recommendation to the city council on Oct. 5.

“My two options were William Harvey Carney, who is the first African-American Medal of Honor recipient,” Moore said. “My other suggestion is Mary Elizabeth Bowser, who was a freed slave who worked in the Confederate White House and delivered critical intelligence to the Union.”

Most of the name choices have come in an online survey.

Fifer cautions that the renaming of Jefferson Davis Highway is not a contest or a popular vote. The advisory group is free to choose among the recommendations or offer another name when it makes its Oct. 5 recommendation.

And it’s up to the city council to decide, sometime in November.

When the city scraps the name of the Confederate president, other stretches of Route One in the state still named Jefferson Davis will remain.

Fifer added, “This street has had several different names over the course of history … and U.S. Route One changes names within Virginia about 22 times, and five of those segments are called Jefferson Davis Highway.” 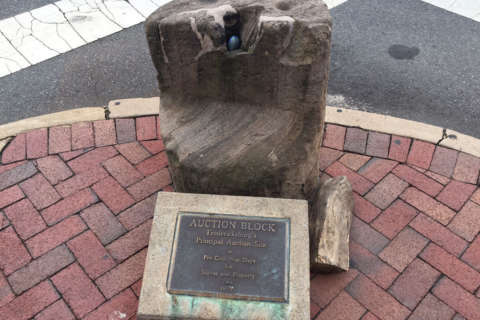