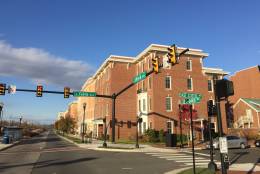 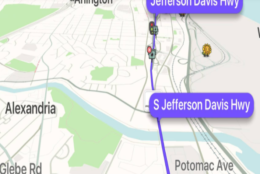 WASHINGTON — The effort to rename Jefferson Davis Highway in Alexandria, Virginia moved forward Friday with the appointment of an advisory group to solicit ideas from the public.

Alexandria’s City Council voted unanimously to strip the name of the president of the Confederacy from U.S. 1, Jefferson Davis Highway eight months ago.

“We anticipate that there will be a public survey or similar input process to collect suggestions,” city spokesman Craig T. Fifer said.

After a public hearing and online survey over the summer, Fifer expects the advisory group will forward recommendations to Alexandria’s City Manager in the fall.

Fifer said that might include one name or multiple names or some other kind of feedback on behalf of the public.

The City Manager will then forward suggestions to the City Council that initially approved the idea for a name change in September of 2016.

“Because they have to vote again on a specific name, they still have the final decision as to whether and when and how to do that,” Fifer said.

The Jefferson Davis Highway designation represents pride in Confederate history and heritage for some people, but is repugnant to some others.

Private businesses might incur expenses related to changing signage, stationery and having to notify customers.

The group includes Arlington-based members because U.S. 1 is a continuous stretch of road in both localities and if the Arlington County Board also considers a name change, Fifer said Arlington would have had some representation in the neighboring effort.

“It’s just a way to not reinvent the wheel if Arlington does decide to go in this direction,” Fifer said.