Before the end of the year a new Aldi is expected to open directly across the street from a Harris Teeter in Alexandria. Another of the discount chain's stores opened less than two weeks ago in Del Ray.
Listen now to WTOP News WTOP.com | Alexa | Google Home | WTOP App | 103.5 FM
(1/17) 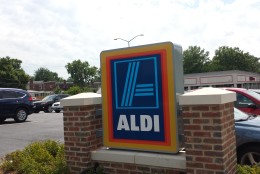 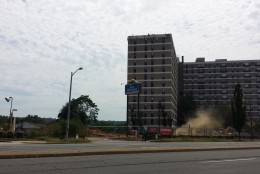 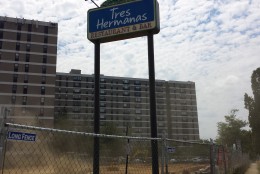 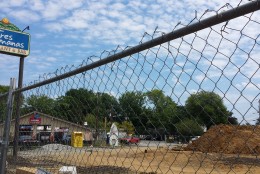 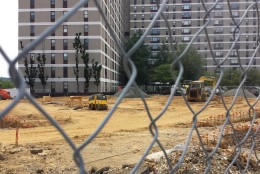 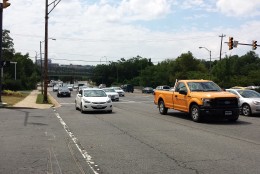 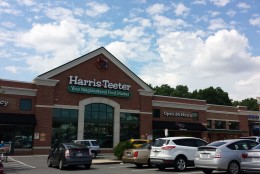 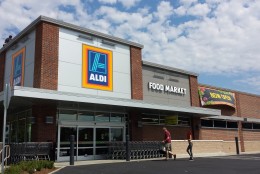 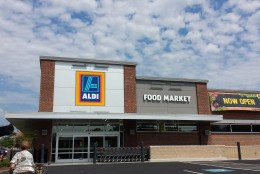 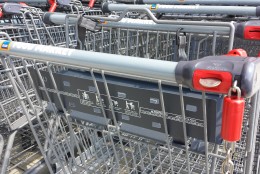 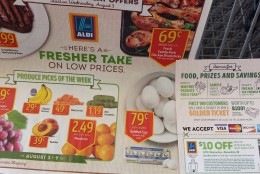 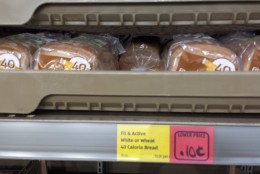 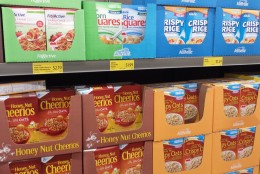 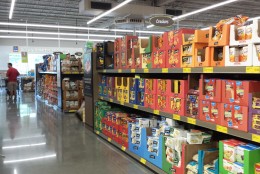 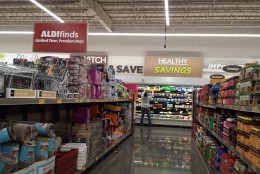 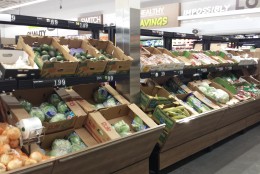 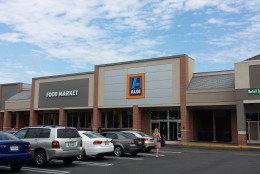 ALEXANDRIA, Va. — Right now, the 4800 block of Duke Street, across the street from the Harris Teeter at the Shoppes at Foxchase, doesn’t look like much. It’s just a 14-acre dirt lot with construction underway.

An Aldi grocery store is being built on the site that for years had housed restaurants, most recently Tres Hermanas; for 18 years before that, Mango Mike’s.

“The Alexandria location is expected to open near the end of the year,” said Jeff Baehr, Aldi Frederick division’s vice president.

Aldi is a well-lit discount supermarket with its own brand-name items that look similar to well-known brands. The shelves are stocked not with items neatly lined up one behind the other, but with the items in their original shipping boxes, like you’d see at a Costco.

Customers will need to bring, or pay for, grocery bags, and you will have to bag the food yourself. And you’ll need a quarter to get a grocery cart, although you get it back when you return the cart.

If the Duke Street store opens before the end of the year, it will be Alexandria’s third Aldi store in two years, all three in the West End. The Duke Street location is near a number of apartments, including the large Foxchase Apartments complex, on Jordan Street.

“We look at a lot of factors before choosing an Aldi location, like population density, proximity to competition, cost of the property and traffic patterns. We want to be conveniently located for our shoppers,” said Baehr.

The first Aldi to open in the city is just 1.4 miles from the Duke Street location. It opened in December 2015 in a vacant Magruder’s supermarket at 4604 Kenmore Ave., off Seminary Avenue. Magruder’s, one of the region’s last family-owned grocery chains based out of Rockville, Maryland, closed its Kenmore Avenue location and the rest of its stores in 2013.

The second Aldi opened July 21 in a former Giant building at 425 Monroe Ave., in Del Ray. Last September, Giant opened a 57,716-square-foot grocery store at East Glebe Street and Richmond Highway. The Potomac Yard store is three times larger than the one at Monroe Avenue.

Those with long grocery store memories will remember that the Harris Teeter across from the Duke Street Aldi used to be a Magruder’s. 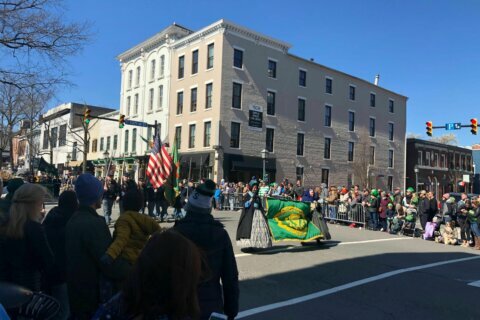