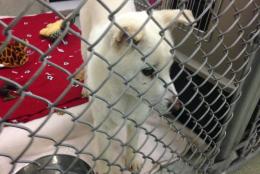 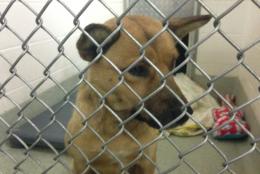 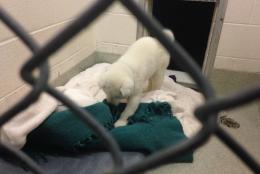 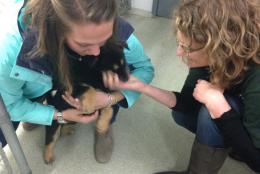 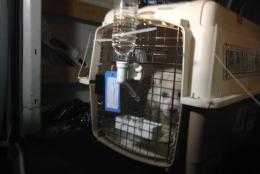 ALEXANDRIA, Va. — Dogs and puppies rescued from a dog-meat farm in South Korea are being flown to the D.C. area so they can live full lives as pets.

“This is the first farm that we were able to negotiate with and make an agreement to shut the doors for good,” says Kelly O’Meara, with Humane Society International.

She says her group met with the farmer, and he has pledged that from now on he will focus on growing blueberries.

“They live there their entire lives. They never get out of the cage; they never are handled by people,” O’Meara says.

Of the 23 dogs that were rescued from this particular farm, about half arrived Monday night in Alexandria.

“We’ve given them all new beds and comfy toys and all those things they’ve probably never had before,” says Megan Webb, executive director of the Animal Welfare League of Alexandria.

The rest of the dogs are expected to come to the shelter on Tuesday.

Webb says after they rest, the dogs will get medical exams and eventually they’ll learn the basics of doggyhood, which they likely know nothing about: “What is a couch? What is a leash? What is a dog bowl?”

Most of the pooches will be transferred to these other shelters in a few days.

Webb says it’s too early to say how soon any of the dogs will be available for adoption.