NAIROBI, Kenya (AP) — Eritrea is mobilizing its armed forces and appears to be sending them to Ethiopia to aid its neighbor’s war in the Tigray region, according to activists and international authorities.

Britain and Canada issued travel advisories asking their citizens in Eritrea to be vigilant.

Eritrean rights activist Meron Estefanos told The Associated Press that her cousin was called up “and is somewhere in Ethiopia fighting and we don’t know if he is alive or not.”

“It’s just a sad war, like our region has not seen enough blood for generations,” said Meron, director of the Eritrean Initiative on Refugee Rights.

Eyewitnesses in Eritrea said that people including students and public servants are being rounded up across the nation.

Eritrea, one of the most isolated countries in the world, mandates military service for all its citizens between the ages of 18 and 40. Rights groups say the practice, which lasts indefinitely in most cases, is driving thousands of Eritrean youths into exile. Eritreans make up a large number of the migrants attempting to cross to Europe, often dangerously by sea.

It was not possible to get comment from Eritrean authorities.

Eritrean forces fought on the side of Ethiopian federal troops in the war in Ethiopia’s Tigray region, which shares a border with Eritrea, when that conflict broke out in November 2020. Eritrean forces were implicated in some of the worst atrocities committed in the war — charges they deny.

Tigray authorities now assert that Eritreans are again entering the war that reignited in August after a lull in fighting earlier this year.

The conflict is estimated to have killed tens of thousands of people and left millions without basic services for well over a year.

Inside Tigray, millions of residents are still largely cut off from the world. Communications and banking services are severed, and their restoration has been a key demand in mediation efforts. 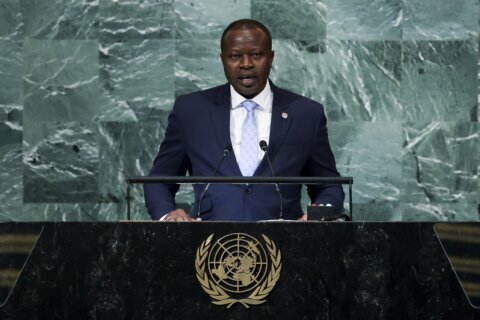 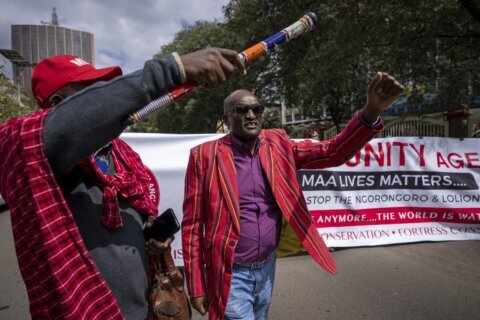