LIMA, Peru (AP) — A 16-year-old shot during a protest in the southern Peruvian region of Puno died on Thursday, bringing the death toll to 49 in more than a month of unrest following the ouster of President Pedro Castillo.

Relatives of the teen, who Peruvian officials only identified by the initials B.A.J., say he had been hospitalized in critical condition for two days after being shot in the head.

His passing raised the number of deaths during protests in hard-hit Puno region, home to Lake Titicaca, to 19. Among the dead are a policeman who was attacked and burned to death by a group of protesters. Across Peru, the death toll amid the protests stands at 49.

The Ombudsman’s Office said Thursday that there were mobilizations, strikes and roadblocks in 35 provinces, most of them in the southern regions of the Andean country.

In Lima, hundreds of people marched through the city’s center demanding the resignation of President Dina Boluarte, the closure of Congress and immediate elections. Some called for the release of Castillo, who remains in prison. The governors of Puno, Cusco and Apurímac have called for Boluarte’s resignation.

In Cusco, the region where the Inca citadel of Machu Picchu is located, a group of protesters tried to set fire to the police headquarters, but officers managed to put out the flames, and other protesters entered the Antapaccay mining camp and set fire to two vehicle. In Apurimac, another southern region, residents protested at the entrance to the Las Bambas copper mine.

A delegation from the Inter-American Commission on Human Rights arrived in Puno to gather information on the protests and the social crisis.

The unrest began in early December following the destitution and arrest of Castillo, Peru’s first president of poor, rural roots, following his attempt to dissolve Congress and head off his own impeachment.

Boluarte was Castillo’s former running mate before taking over the presidency. She has said she supports a plan to push up to 2024 elections for president and congress originally scheduled for 2026. She’s also expressed support for judicial investigations into whether security forces acted with excessive force.

But such moves have so far failed to quell the unrest.

Castillo, a political novice who lived in a two-story adobe home in the Andean highlands before moving to the presidential palace, eked out a narrow victory in elections in 2021 that rocked Peru’s political establishment and laid bare the deep divisions between residents of the capital, Lima, and the long-neglected countryside. 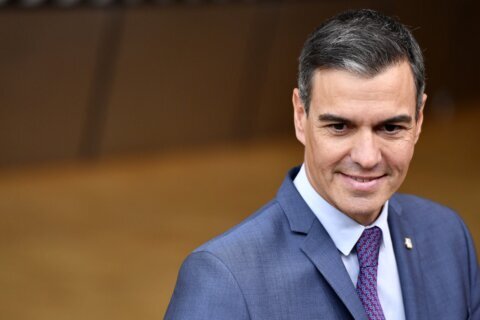