UNITED NATIONS (AP) — The prosecutor of the International Criminal Court announced Wednesday that he has submitted new applications for arrest warrants stemming from his investigations of alleged war crimes and crimes against humanity in Libya.

Karim Khan told the U.N. Security Council in the first briefing by an ICC prosecutor from Libyan soil that the applications were submitted confidentially to the court’s independent judges, who will determine whether to issue arrest warrants. Therefore, he said, he couldn’t provide further details.

But, Khan added, “there will be further applications that we will make because the victims want to see action, and the evidence is available, and it’s our challenge to make sure we have the resources (to) prioritize the Libya situation to make sure we can vindicate the promise of the Security Council in Resolution 1970.”

In that resolution, adopted in February 2011, the Security Council unanimously referred Libya to The Hague, Netherlands-based ICC to launch an investigation into alleged war crimes and crimes against humanity.

The council’s referral followed Moammar Gadhafi’s brutal crackdown on protesters that was then taking place. The uprising, later backed by NATO, led to Gadhafi’s capture and death in October 2011.

Oil-rich Libya was then split by rival administrations, one in the east, backed by military commander Khalifa Hifter, and a U.N.-supported administration in the west, in capital of Tripoli. Each side is supported by different militias and foreign powers.

Libya’s current political crisis stems from the failure to hold elections in December 2021 and the refusal of Prime Minister Abdul Hamid Dbeibah, who led a transitional government in Tripoli, to step down. In response, the country’s east-based parliament appointed a rival prime minister, Fathy Bashagha, who has for months sought to install his government in Tripoli.

Khan said in his virtual briefing from Tripoli that his visit to Libya, including meetings with victims of violence and abuse from all parts of the country, had reinforced his belief that more needs to be done to ensure their voices are heard, that justice is done, and there is accountability for crimes committed against them and their loved ones.

“We can’t allow a sentiment to become pervasive that impunity is inevitable,” he said. “Victims want the truth to emerge.”

The prosecutor said he visited the western town of Tarhuna, about 80 kilometers (50 miles) from Tripoli, where mass graves were discovered in June 2020 following the withdrawal of Hifter’s forces after they failed to take the capital. During a round table meeting, he said, one man told him he had lost 24 family members and another said he had lost 15 relatives.

Khan said 250 bodies have so far been recovered in Tarhuna but far fewer have been identified. He said he emphasized to Libya’s attorney general, justice minister and forensic science service that his office is willing to provide technical assistance because “the task is so great.”

The prosecutor told the council that for the first time since 2011, the ICC now has a regular presence in the region.

He said his staff has made 20 missions to six countries to collect a variety of evidence, including from satellites, witnesses and audio recordings. The ICC has also built partnerships with Libyan authorities, he said.

“The overwhelming crimes are against Libyans,” Khan said. “And this partnership that we’re trying to refocus and build and foster is absolutely pivotal if we’re trying to move forward.”

The prosecutor said he went to Benghazi and met Tuesday with the military prosecutor and with Hifter.

“I made it clear that we had received evidence and information regarding allegations of crimes committed by the LNA,” he said, using the initials of the self-styled Libya National Army that Hifter commands.

“I said that those would be and are being investigated,” Khan said.

Khan said the ICC wants to ensure that “whether one is from the east or the west, whether one is in the north or from the south of Libya, whether one is a military commander or a civilian superior, there is an absolute prohibition on committing crimes within the jurisdiction of the court.” 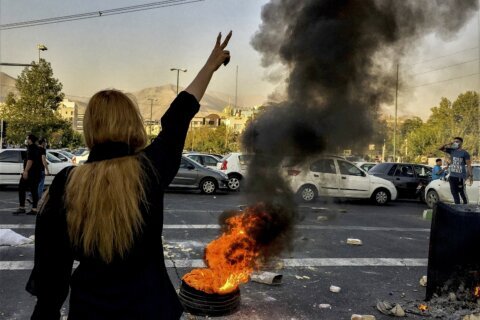 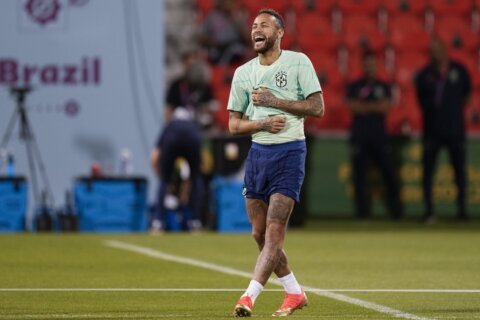 Neymar in Brazil’s lineup against South Korea at World Cup 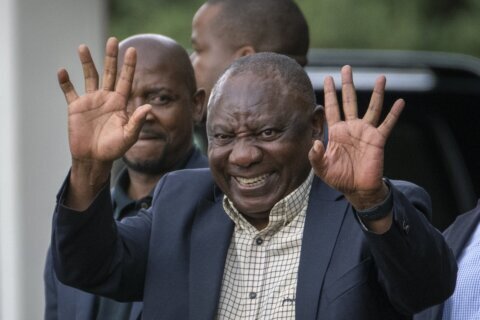