Adams averaged career highs of 10.0 rebounds and 3.4 assists to go with his 6.9 points per game in 76 games after being acquired from the New Orleans Pelicans. The 6-foot-11 native of New Zealand set a franchise record and led the NBA with 349 offensive rebounds, an average of 4.6 per game.

The Grizzlies tied their franchise record with 56 wins and won the Southwest Division — the first division title in franchise history.

Adams was entering the last year of his contract, along with key Grizzlies players Dillon Brooks and Brandon Clarke. General manager Zach Kleiman had insisted that money wouldn’t prevent the team from keeping its core together.

Adams spent his first seven seasons with Oklahoma City before one in New Orleans. 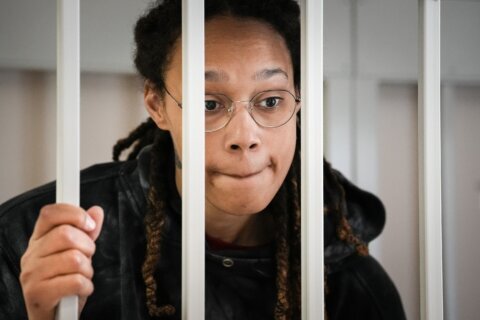