CHARSADDA, Pakistan (AP) — Rubina Bibi was cooking food for her family in her mudbrick home in her village in northwest Pakistan when the nearby mosque blared a warning from its loudspeaker. Flood waters were coming, it announced, everyone should move to safer ground.

She and her family didn’t take it seriously. There had been flooding in their village of Majooki more than a decade ago, and they hadn’t needed to flee.

This time, however, it was on a different scale entirely. Days of torrential rains had sent a massive surge of water down the nearby Swat River — so powerful that on that day, last Friday, it broke through a diversion dam upstream that usually controls the river’s flow.

When the water hit Majooki hours after the warning, it poured into the house where the 53-year-old Bibi lived with her two sons, a daughter-in-law and her grandchildren.

One of her grandchildren, 5-month-old Dua Humayun, was sleeping on a cot in the house’s courtyard. In an instant, the baby was swept away by the rushing waters. It was too fast for anyone to even think of saving her. She was gone.

Pakistani officials say the flooding that has hit across the country over the past weeks is like nothing they have seen before. It has been caused by unprecedented heavy and unrelenting monsoon rains, fueled they say by the world’s changing climate.

Millions in villages, towns and cities around Pakistan were caught off guard by the swiftness and power of the waters.

Bibi spoke to The Associated Press at a tent camp set up in a sports complex in the city of Charsadda for hundreds of people left homeless by the deluge. She spoke of her granddaughter’s death with composure, but inside the tent, her daughter-in-law could be heard sobbing.

“The floodwaters entered our house suddenly. We didn’t have time to take anything as we were leaving,” Bibi said. She, her sons and daughter-in-law carried her surviving grandchildren tightly as they waded through waist-deep water out of their home. They then walked in the stifling summer heat for four kilometers (2.5 miles) to Charsadda.

More than 1,160 people have been killed in flooding across Pakistan since mid-June, hundreds of them in the major surge that began last week. More than 33 million people in the country of 220 million have been affected, including those left homeless by the destruction of more than 1 million homes. Pakistani officials have put the economic damage at some $10 billion, including everything from collapsed bridges and roads to destroyed crops.

The district around Charsadda has been one of the hardest hit areas. The Swat River meets the Kabul River nearby, and the nearby farmlands are laced with tributaries — all of them still surging with swollen waters despite a pause in rain in recent days. Authorities have warned that more rains are expected in coming weeks.

The city of Charsadda, home to more than 120,000, has been trashed. On Tuesday, some neighborhoods remained flooded with water shin-deep or higher.

Residents whose homes still stood took out their soggy blankets and furniture and other possessions to dry. Others surveyed wrecked mud-brick or shoddy cinder-block homes with collapsed walls and roofs. Deep, thick mud coated everything.

Bibi’s home village of Majooki, once home to 2,500 people, remains under waist-deep water. The rice and wheat that residents stored in their homes to meet the year’s need have been ruined. Hundreds of thousands of villages across Pakistan lost crops.

Many of Majooki’s residents are now at the tent camp in Charsadda’s Abdul Wali Khan Sports Complex. Hundreds of tents stood in rows, and children lay inside on plastic mats with what few belongings they took with them piled nearby. Some eat rice or other staples being distributed by the government.

“It is very hot here. We have a tent and a plastic mattress, but there is no fan. We are not getting enough food,” Bibi said.

A widow, Bibi had worked washing clothes and cleaning in homes, and one of her sons was a construction worker. Now they are without work for the foreseeable future. She and others from the village have not been able to return and have no idea what remains of their homes.

“We are facing a lot of difficulties. We want more help so that we can start our life again,” Bibi said.

The floods’ devastation has hit Pakistan as it is already struggling to keep its crisis-stricken economy from collapse. The government is severely strapped for cash, and inflation has been spiraling. The International Monetary Fund gave a boost this week by releasing a long-awaited, $1.17 billion tranche of a bailout negotiated in 2019, but only after the government promised painful austerity measures.

The United Nations on Tuesday launched an emergency appeal for $160 million in aid to help flood victims. Planeloads of food, medical supplies and other aid have arrived in recent days. But Prime Minister Shahbaz Sharif warned on Tuesday that any delay in the provision of help would be disastrous.

At the sport complex tent camp, another Majooki resident, Saifoor Khan, recalled how he too ignored the call to flee that came from the mosque loudspeaker that day.

Majooki was hit by the last major floods in 2010, but in that case no houses were destroyed and no one fled, he said. When the waters hit on Friday, the 50-year-old taxi driver, his wife and his seven children also had to wade their way to safety.

“I have no idea for how many days and weeks we will have to live in these tents,” he said.

“I pray that no one faces such an ordeal.” 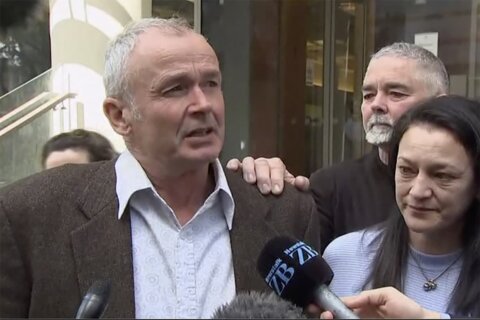 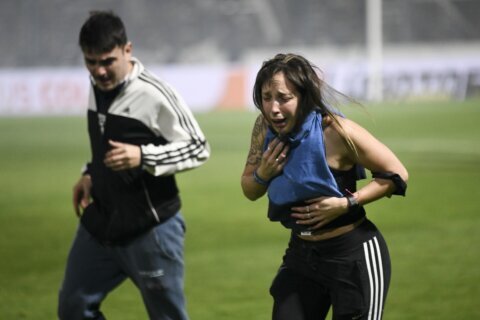 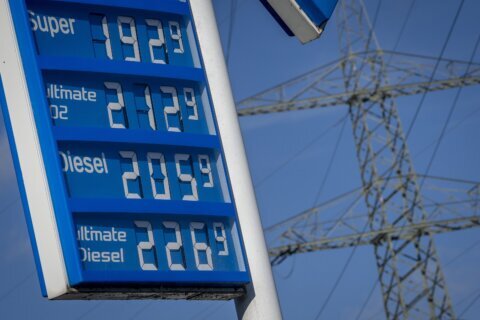