President Joe Biden and other Western Hemisphere leaders are set to announce on Friday what is being billed as a roadmap for countries to host large numbers of migrants and refugees.
Listen now to WTOP News WTOP.com | Alexa | Google Home | WTOP App | 103.5 FM

LOS ANGELES (AP) — President Joe Biden and other Western Hemisphere leaders on Friday announced what is being billed as a roadmap for countries to host large numbers of migrants and refugees.

“The Los Angeles Declaration” is perhaps the biggest achievement of the Summit of the Americas, which was undercut by differences over Biden’s invitation list. Leaders of Mexico and several Central American countries sent top diplomats instead after the U.S. excluded Cuba, Nicaragua and Venezuela.

A set of principles announced on the summit’s final day includes legal pathways to enter countries, aid to communities most affected by migration, humane border management and coordinated emergency responses.

“Each of us is signing up to commitments that recognize the challenges that we all share,” Biden said on a podium with flags for the 20 countries that joined the accord extending from Chile in the south to Canada in the north.

“This is just a start,” Biden said, expressing hope that more countries join. “Much more work remains, to state the obvious.”

The White House highlighted measures that were recently announced and some new commitments. Costa Rica will extend protections for Cubans, Nicaraguans and Venezuelans who arrived before March 2020. Mexico will add temporary worker visas for up to 20,000 Guatemalans a year.

The United States is committing $314 million to assist countries hosting refugees and migrants, and is resuming or expanding efforts to reunite Haitian and Cuban families. Belize will “regularize” Central American and Caribbean migrants in the country.

It is a blueprint already being followed to a large extent by Colombia and Ecuador, whose right-leaning leaders were saluted at the summit for giving temporary legal status to many of the 6 million people who have left Venezuela in recent years.

President Guillermo Lasso of Ecuador last week announced temporary status for Venezuelans in his country, estimated to be around 500,000. He said at a panel discussion Tuesday that his country was paying back the generosity of Spain and the United States for welcoming large numbers of Ecuadoreans who fled more than two decades ago.

Lasso was the only other leader to speak at a brief ceremony Friday. President Jair Bolsonaro of Brazil arrived late.

“I would like to highlight that migration is a significant phenomenon and it demands joint actions under the principle of shared responsibility and differentiated between countries of the region,” Lasso said.

President Iván Duque of Colombia, who stood next to Biden at the ceremony, got standing ovations at an appearance Thursday for describing how his government has granted temporary status to 1 million Venezuelans in the last 14 months and is processing another 800,000 applications.

“We did it out of conviction,” Duque told The Associated Press, saying he couldn’t be indifferent to Venezuelans who lost their homes and livelihoods and was prepared to suffer in approval ratings.

While the measures are not universally popular — Duque’s vice president, Marta Lucia Ramirez, has said Colombia has reached its limit and Ecuadoreans notice when a Venezuelan commits a high-profile crime — Venezuelans have generally assimilated without major backlash.

“The two most dangerous phenomena are xenophobia and indifference, and I believe we have managed to conquer both (in Colombia),” Duque said.

The United States has been the most popular destination for asylum-seekers since 2017, posing a challenge that has stumped Biden and his immediate predecessors, Donald Trump and Barack Obama.

But the U.S. is far from alone. Colombia and neighboring South American countries host millions of people who have fled Venezuela. Mexico fielded more than 130,000 asylum applications last year, many of them Haitians, which was triple from 2020. Many Nicaraguans escape to Costa Rica, while displaced Venezuelans account for about one-sixth the population of tiny Aruba.

The absence of the presidents of Mexico, northern Central America and other counties deprived Biden of symbolic heft.

“What are those countries expected to do to contribute to shared responsibility?” said Adam Isacson of the human rights advocacy group Washington Office on Latin America.

U.S. Homeland Security Secretary Alejandro Mayorkas said Thursday that the summit declaration acknowledged migration’s regional dimensions. He and other U.S. officials applauded efforts of Colombia, Ecuador, Costa Rica and Panama, among others, for accepting migrants and refugees, and noted that the U.S. has granted refuge from natural disasters and civil strife to hundreds of thousands of Salvadorans, Haitians, Venezuelans and others under what is known as Temporary Protected Status.

The responses of Colombia and Ecuador cannot be replicated, said José Samaniego, the U.N. refugee agency’s regional director for the Americas. Each country is different, and migration from Central America is more complicated than Venezuela.

“You don’t want to copy and paste,” he said, “but there are good practices.”

Ronal Rodríguez, a researcher at University of Rosario in Colombia, said some Venezuelans have faced problems with bank or commercial transactions despite having legal status and that much will depend on who voters select in June 19 elections to succeed Duque, who is limited to a single term. 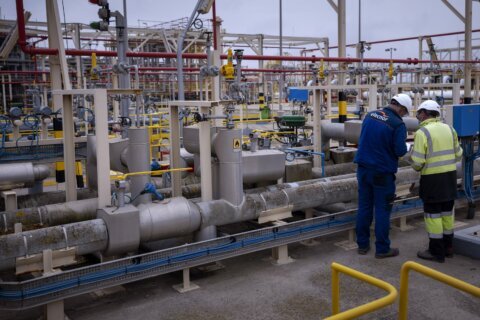 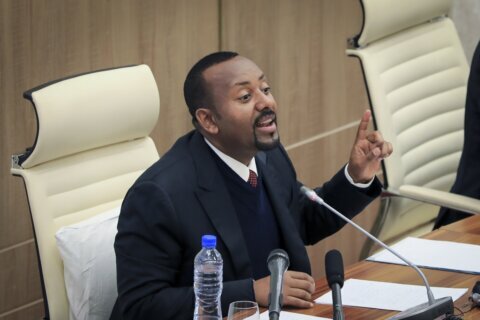