LONDON (AP) — There is racism in Britain, but it’s not a systematically racist country that is “rigged” against non-white…
Listen now to WTOP News WTOP.com | Alexa | Google Home | WTOP App | 103.5 FM

LONDON (AP) — There is racism in Britain, but it’s not a systematically racist country that is “rigged” against non-white people, according to the findings of a government-commissioned inquiry published Wednesday. .

Anti-racism activists greeted the inquiry’s conclusion with skepticism, saying the 264-page report from a panel of experts from fields including science, education, business and criminal justice downplayed the discrimination and disadvantage that ethnic minorities face in Britain.

The Conservative government launched the inquiry in the wake of anti-racism protests last year. The report states that while “outright racism” exists in Britain, the country is not “institutionally racist.” It says race is becoming “less important” as a factor in creating disparities, which also are fueled by class and family backgrounds.

“We found that most of the disparities we examined, which some attribute to racial discrimination, often do not have their origins in racism,” the Commission on Race and Ethnic Disparities said.

“Put simply, we no longer see a Britain where the system is deliberately rigged against ethnic minorities. The impediments and disparities do exist, they are varied, and ironically, very few of them are directly to do with racism,” said the commission, which was established in July.

The report noted that children from many minority backgrounds do better in school than white students, and that the pay gap between all ethnic minorities and Britain’s white population has shrunk to 2.3%.

Critics, however, said the commission’s report painted a partial and unrealistically optimistic picture. It was headed by education consultant Tony Sewell, who has long expressed doubts about there being systemic racism in British society.

“This is not a genuine effort to understand racism in Britain,” Kehinde Andrews, a professor of Black studies at Birmingham City University, said. “This is a PR move to pretend the problem doesn’t exist.”

Like other countries, Britain has faced an uncomfortable reckoning with race since the death of George Floyd, a Black American, at the knee of a U.S. policeman in May 2020 sparked anti-racism protests around the world.

Large crowds at Black Lives Matter protests across the U.K. called on the government and institutions to face up to the legacy of the British Empire and the country’s extensive profits from the slave trade.

The toppling of a statue of 17th-century slave trader Edward Colston in the city of Bristol in June prompted a pointed debate about how to deal with Britain’s past. Many felt such statues extol racism and are an affront to Black Britons. Others, including Prime Minister Boris Johnson, argued that removing them was erasing a piece of history.

The coronavirus pandemic has also highlighted racial fault lines, with Britons from Black African and Black Caribbean backgrounds dying from COVID-19 at more than twice the rate as their white compatriots.

And two decades after London’s Metropolitan Police force was found by a public inquiry to be “institutionally racist,” Black people are three times as likely as white people to be arrested and twice as likely to die in police custody in Britain despite a series of police reforms.

The commission made 24 recommendations, including setting up an office for health disparities, sending low-level drug offenders into the public health system rather than the criminal justice system, and ensuring police forces better represent the communities they serve.

It argued against removing statues, but said the education system should “tell the multiple, nuanced stories of the contributions made by different groups that have made this country the one it is today.”

The commission also recommended against official use of the acronym BAME (Black, Asian and minority ethnic), calling it “unhelpful” because it lumps together members of very different groups.

The prime minister said the government would consider the recommendations and assess “the implications for future government policy.”

“The entirety of government remains fully committed to building a fairer Britain and taking the action needed to address disparities wherever they exist,” Johnson said.

Opposition Labour Party lawmaker David Lammy, who is Black, said the report was a missed opportunity.

“This report could have been a turning point and a moment to come together,” Lammy told radio station LBC. “Instead, it has chosen to divide us once more and keep us debating the existence of racism rather than doing anything about it.” 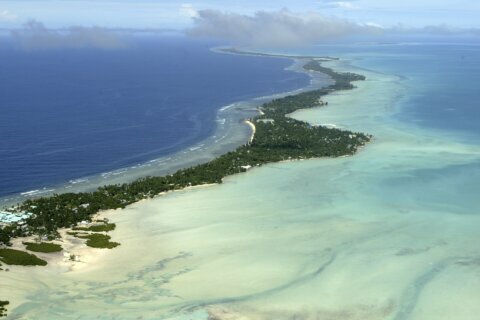 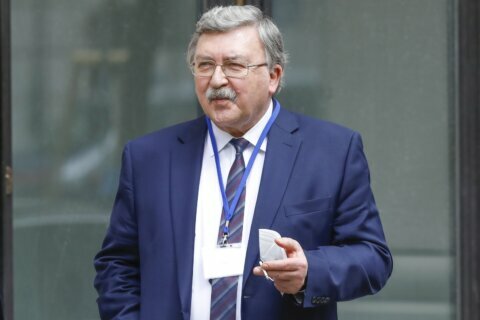 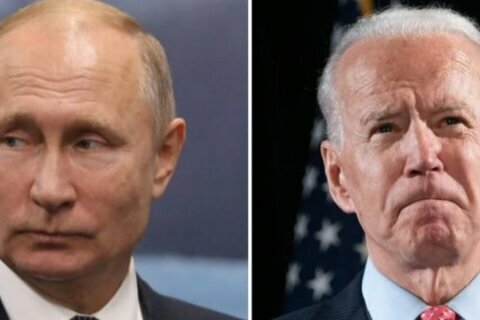