He fled Afghanistan to escape violence, only to watch a man die in his arms in Christchurch

When Ahmed Khan moved to New Zealand as a refugee from Afghanistan 12 years ago, he thought he had left violence and death behind.
Listen now to WTOP News WTOP.com | Alexa | Google Home | WTOP App | 103.5 FM

When Ahmed Khan moved to New Zealand as a refugee from Afghanistan 12 years ago, he thought he had left violence and death behind.

But on Friday, as he was praying at Linwood mosque in Christchurch, an armed man started shooting indiscriminately at worshipers — first outside the mosque, then through the windows as women and children huddled inside, screaming.

Khan said he pulled one injured child out of danger and was holding a man who’d been shot in the arm when the gunman returned.

“(The wounded man) was asking for some water. I said to him, ‘calm down, the police are here now’ and stuff. And the gunman came through the window again while I was holding him and shot him in the head. And he was dead,” Khan told CNN.

Many people in the diverse city have ties to the community that stretch back generations. Former refugees and migrants have told CNN they chose to make it their home because it was safe.

A total of 49 people were killed in the mosque attacks on Friday. The massacre has stunned residents, not just because it happened there but also because it was planned to show the world that even the most peaceful places are not immune to terror.

Australian citizen Brenton Tarrant, 28, has been charged with one count of murder. Two other people remain in police custody. New Zealand Prime Minister Jacinda Ardern described it as “one of New Zealand’s darkest days.”

Khan wasn’t the only member of his family touched by the shootings. A few blocks away, at the Al Noor mosque, Khan’s uncle is believed to be one of 41 people gunned down there while praying.

On Saturday, families waited patiently as officials worked to identify bodies. Yet while confirmation will bring some closure, questions will linger as to how such a horrifying event can happen in a country many consider safe.

“We felt it was such a safe city, such a safe country,” a 30-year-old construction project manager, who did not want to be named, told CNN. “The hatred has spread everywhere.”

New Zealanders have rallied around their fellow citizens in the wake of the Christchurch tragedy, laying flowers and messages of support on the side of Hagley Park, close to the Al Noor mosque.

A makeshift memorial grew in the center of the main street, below traffic lights that flashed orange to indicate roads leading to the mosque were closed.

No one was allowed to approach the building, not even local home owner Sue Harrison, whose car was still parked in the driveway of her property behind the Deans Avenue mosque.

She remembers listening to the soothing chant of afternoon prayers when it was broken by gunshots. Harrison called the police and hid inside her house as the gunman worked his way through the mosque, shooting as many people as he could.

“The time the shots were happening, it was terrifying, absolutely terrifying,” Harrison said. “There was almost an immediate feeling that they’re being targeted.”

Harrison’s 19-year-old son, Zin South, heard reports that a gunman was at the mosque. He remembered his mother was at their property waiting to meet a contractor. He texted her. She was safe.

Then he saw the video broadcast live from a camera fixed to the gunman’s helmet. It showed the gunman using the family’s driveway as a base to store his loaded weapons.

When police arrived they helped Harrison get out of the house and over the back fence. “She wasn’t allowed to leave (by the front) because there were literally bodies lying in the driveway,” her son said.

The family says there’s no way that house can be their home now.

Amid the flowers at the roadblock on Saturday was a homemade sign printed on a piece of A4 paper, titled “#No to hate and terror.”

“If New Zealand is like a vessel of milk filled to the very brim, then consider immigrants as a pinch of sugar. We’ll not bring the vessel to overflowing but make the milk sweeter,” the sign said.

The author, Deepak Sharma, was standing nearby holding an identical copy. He moved from India to New Zealand 10 years ago, and with tears in his eyes told CNN, “This is not the country we chose to immigrate to.”

Other locals say the attempt to divide them will only make their community stronger.

Hari Sasidharan wears a long beard. He’s not Muslim but said a number of residents had stopped him in the street that morning to ask him if he was. “Don’t worry, we’re with you,” they said.

Outside Christchurch hospital, two men were shaking hands with relatives of the victims as they walked out after meetings with health officials. They were there for support, they said. “What happened is awful. It shouldn’t happen.”

By the evening, New Zealand police were clearing flowers from the roadblock and issuing requests that no one donate more food to families. They already had more than they could use. 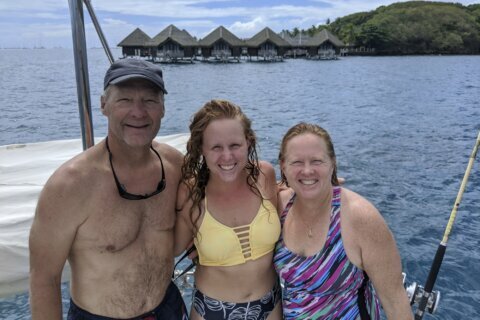 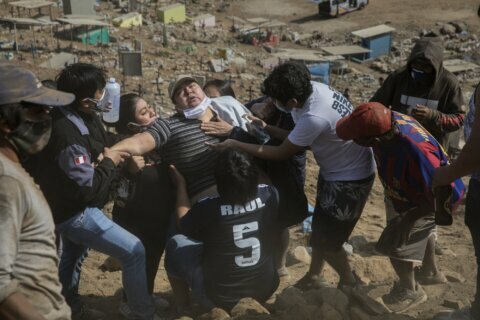