A diversity report has awarded the WNBA high grades again when it comes to racial- and gender-hiring practices.

The Institute for Diversity and Ethics in Sport (TIDES) at the University of Central Florida Wednesday issued an A-plus to the WNBA for the league’s overall, racial and gender grades for the 2021 season. The letter grades matched the previous season’s report and marked the 17th straight year that the league earned at least an A in all three categories.

The numerical score for overall (97.6) and racial (98.3) both increased from last year, while the gender score (96.8) fell slightly. The study notes that the gender decline of 1.2 points was at least partially attributed to a change in grade calculation.

TIDES director Richard Lapchick, the lead report author, said the WNBA’s history as a young league (founded in 1996, with play beginning the following year) offered an example of how diversity hiring could improve being emphasized as a starting point.

“It’s easier to build up the infrastructure from the ground up like that … rather than when you go in say the late 1980s with the other leagues and they already have 1,000 employees each and the numbers were what the numbers were, “ Lapchick said in an interview with The Associated Press. “So to change them is harder.

“But when you start by saying, ‘We’re going to hire the best people and bring in the best candidates,’ you’re going to end up with what the WNBA has. I’m convinced of that.”

The league earned an A-plus for race in numerous categories, including team owners, head coaches, assistant coaches, team professional staff and the league headquarters. The lowest racial-hiring grade was a B for vice presidents.

The league received an A-plus for gender in four categories, including the assistant coaches and the league office.

Lapchick highlighted the racial-hiring gains for assistant coaches, in particular. That score increased from people of color filling 54.2% of positions last year to 61.3% in 2021, which he said bodes well for the future as those assistants develop into head coaches either in the WNBA or elsewhere.

In a statement, WNBA Commissioner Cathy Engelbert said it remains a priority to remain “one of the most inclusive and progressive leagues,” and that the TIDES report card reflected that emphasis.

“We are focused on creating opportunities across every level of the WNBA and will hold ourselves accountable for upholding a strong culture of diversity,” Engelbert said.

TIDES issues annual report cards for professional leagues such as the NFL, NBA, Major League Baseball and Major League Soccer, as well as hiring and graduation rates in college sports. 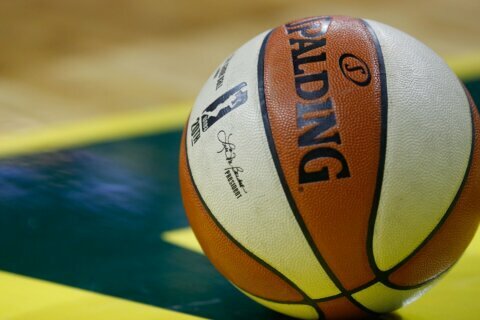 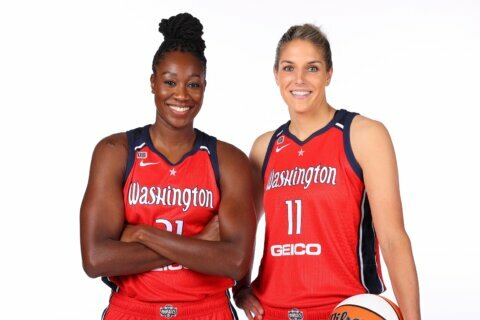 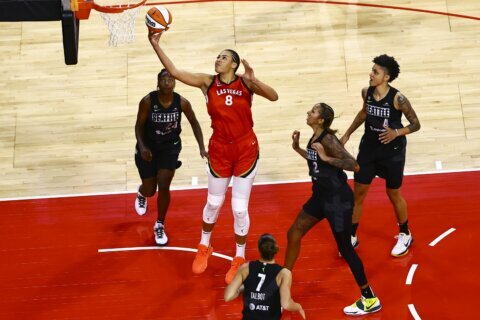