LEADVILLE, Colo. (AP) — President Joe Biden designated the first national monument of his administration at Camp Hale, a World War II-era training site in this state, as he called for protecting “treasured lands” that tell the story of America.

The announcement is a boost to Colorado’s senior Democratic senator, Michael Bennet, who has for years advocated for the designation and is in a competitive re-election bid this November. The location is an alpine training site where U.S. soldiers prepared for battles in the Italian Alps during World War II.

“We’re doing it not just for today, but for all the ages,” Biden said, standing amid the rugged, sun-drenched backdrop flanked by mountains as far as the eye could see. The remote site was located off a winding road past an abandoned mine and an old mountain home. “It’s for the people of Colorado, but it also goes well beyond the people of Colorado. It’s for all the people across America and the world.”

The proclamation formally establishes the Camp Hale – Continental Divide National Monument, spanning more than 53,800 acres that will be protected and managed by the U.S. Forest Service. Many members of the 10th Mountain Division who trained at Camp Hale returned to Colorado after the war and helped create the state’s lucrative ski industry, and the site is now used for outdoor activities such as hiking and camping, and is home to rare wildlife.

“Soldiers in Camp Hale learned to scale rock, ski and survive, preparing for the war they were about to fight,” said Biden, who for Wednesday’s announcement was joined by two veterans from the 10th Mountain Division. He praised the troops’ “skill, strength and stamina that could’ve been only gained in a place like this.”

Biden on Wednesday called his designation a permanent one that none of his future successors can overturn, although previous presidents have reduced the size of national monuments. The issue of whether a president can eliminate a national monument has not been resolved in court.

Donald Trump shrank two national monuments in southern Utah, a decision that tribes and environmental groups challenged in court. Those cases had been pending when Biden restored full protections for the monuments and expanded one of its boundaries. Biden also restored protections for an area off the New England coast that Trump had opened to commercial fishing.

In a separate move, the Biden administration also announced Wednesday it is pausing new mining and oil and gas drilling on 225,000 acres of public land in the Thompson Divide, a natural gas-rich area not far from Camp Hale.

Citing a need to protect wildlife, the Interior Department said it is initiating a review of a proposed 20-year withdrawal of the area from new leasing. Preexisting natural gas leases that account for less than 1% of active federal leases in Colorado won’t be affected.

Republican Rep. Lauren Boebert, whose western Colorado district is home to the new restrictions, condemned the move as a “land grab” that would prevent domestic energy production.

The president’s stop in Colorado Wednesday is part of a three-state swing out West this week. Later Wednesday, Biden heads to California, where he will hold a pair of events promoting two of his most significant legislative achievements and headline a fundraiser for the House Democrats’ campaign arm.

Finally, Biden will stop in Oregon. where his party is in danger of losing the governor’s race, to rally Democrats. Early voting starts in Oregon and Colorado next week and is already underway in California.

He is notably staying away from states where his presence could hurt Democrats; on this trip he’s skipping Nevada and Arizona, where incumbent Democratic senators are battling tough reelection bids.

Democratic candidates have been far more likely to appear with Biden if it’s an official White House event, and that was the approach in Colorado, where Bennet stood alongside the president to tout the designation.

“You have excellent taste, Mr. President, for your administration’s first national monument designation,” Bennet said Wednesday. “Your designation means more Americans will come to appreciate the extraordinary history of this place — a history that goes back to before when Colorado was a state.”

“It’s not changing our economy. It’s not changing the price of gas,” O’Dea said in an interview of the Camp Hale designation. He added that while “Camp Hale’s a special place,” its preservation should have come through Congress. O’Dea called Biden’s unilateral action a “usurpation of power.” A far more sweeping conservation bill has been stalled in Congress due to opposition from Republicans.

O’Dea, a businessman with a moderate profile, has mounted a competitive bid against Bennet, who has served in the Senate since 2009. National Republicans believe he is among the party’s best recruits this cycle.

Still, the race still remains somewhat of a reach for Republicans, who see better offensive opportunities in states like Nevada, Georgia and Arizona. Still, the Senate Leadership Fund, the primary super PAC dedicated to electing Republicans to the Senate, made its first investment of the cycle in Colorado last week by sending $1.25 million to O’Dea’s super PAC.

Follow AP’s coverage of the 2022 midterm elections at: https://apnews.com/hub/2022-midterm-elections 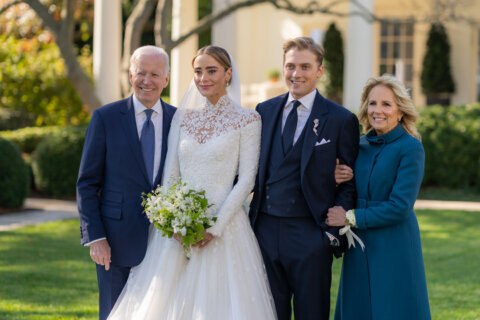 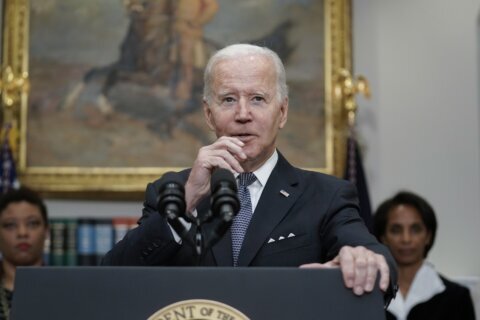 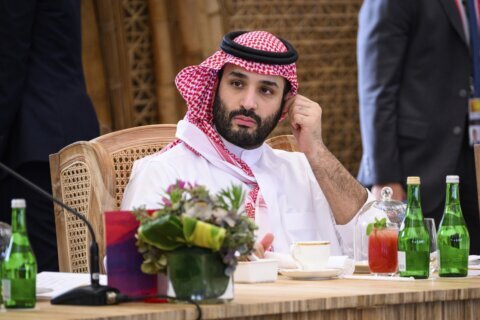