After a slathering of ice and snow, blustery winds and bone-chilling temperatures greeted the D.C. region Friday.
(1/5) 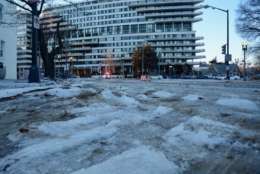 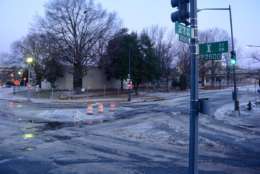 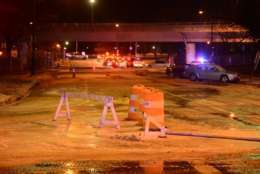 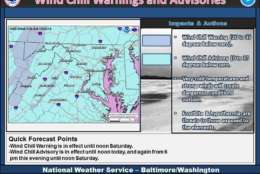 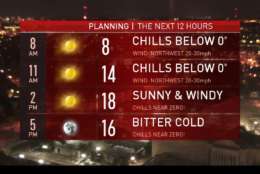 WASHINGTON — After the D.C. region was slathered in ice and snow, authorities warn of blustery winds and bone-chilling temperatures that have plunged the area into a deep freeze Friday morning and closed or delayed a number of major local school systems. Frigid temperatures have also caused a water main break that’s already making for a messy commute. 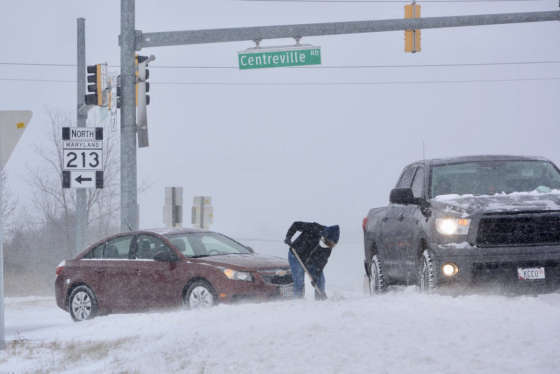 Photos: Song of snow and ice in DC area

First came the snow and then came the brutal cold transforming the D.C. area into a frigid winter wonderland on Jan. 4 and 5. Check out the photos.

Storm Team 4 meteorologists say that the system that brought snow to the region was so strong it released some of the polar vortex — an area of low pressure with arctic air that typically resides at the North Pole. The air will move in Friday, through the evening, as well as into Saturday night. Wind gusts over 30 mph are likely.

According to NBC Washington’s Chuck Bell, Friday’s projected high of 19 will make it the coldest day in five years.

The National Weather Service issued a Wind Chill Advisory for much of the D.C. region until noon Friday. The wind will drag “feels-like” temperatures down to subzero levels all across the region Friday morning, prompting concerns about frostbite and hypothermia.

Meteorologists warn residents not expect much of a warm-up this weekend. Highs are only forecast to reach the teens both days, although the winds are expected to gradually die down.

One good reason to look forward to Monday? The mercury is expected to finally slide up above freezing Monday afternoon, with forecast highs near 40 degrees. But with the warmer temps comes the possibility for precipitation — and we don’t mean more snow.

“With that January thaw, there may actually be some rain possible on Monday and Tuesday, but that’s not set in stone yet,” WTOP meteorologist Ritter said.

Bell also asks those in the D.C. area to limit their time outdoors and to check on neighbors to ensure that they are safe and warm.

Here’s news no commuter wants to hear: An eight-inch water main gave way early Friday in Foggy Bottom under 27th St. NW and has shut the street down.

“That road, and part of Virginia Avenue on Rock Creek Parkway, [has been] glaciated in thick ice,” reports WTOP’s Dave Dildine.

Road crews are plowing the ice and spreading salt but as of 7 a.m., authorities have closed that connection between Rock Creek and the I-66 Potomac Freeway.

“Morning rush hour, Rock Creek, you normally have four southbound lanes, but because of this ice, only getting by in two lanes,” Dildine said. “On inbound 66, all traffic is sent to K St.”

Ellen Kamilakis, with the Virginia Department of Transportation, tells WTOP that road crews are working to treat icy patches and keep the roads safe.

“With the wind, we’ve been dealing with downed trees, debris in the roadway, we’ve had some water main breaks — we assist with those in terms of lane closures. So crews have definitely been really, really busy in this kind of weather,” Kamilakis said.

WTOP traffic reporter Rich Hunter said that main roads in the D.C. area should be in good shape, but secondary roads in southern Maryland and the Eastern shore may be challenging.

Because of the cold temperatures, drivers may have problems starting their vehicles or may encounter low tire pressure, Hunter said.

Charlie Gischlar, with the Maryland State Highway Administration, says even though the snow has stopped falling, freezing temperatures mean there’s still a good reason to drive with extra care.

“On the roadways, if there is a patch that looks like it’s wet, it could be icy. Keep that in mind,” Gischlar told WTOP. “You know, we do have the spot patrols going out to make sure that it doesn’t refreeze.”

And he warns drivers to give themselves extra travel time.

“You really, really have to be careful this morning and, again, give yourself a lot of time before you go to the office,” Gischlar said.

“It’s pretty much dry,” Stewart said. “But there are some black spots — possible black ice — so be careful. The wind gusts do kind of come out of nowhere and push you around on the road from time to time.”

At 8 p.m. Thursday, Maryland State Police tweeted that it responded to some 150 crashes and 282 disabled vehicle calls.

Virginia State Police tweeted that it responded to some 900 calls, 356 crashes and 409 disabled vehicles in the Richmond and Chesapeake areas.

Amtrak is operating on a modified schedule between D.C. to Boston on Friday, with reduced frequency of Acela Express and Northeast Regional trains, an Amtrak statement said. Trains between D.C. and Norfolk Virginia are canceled Friday, as is the Auto Train service between Lorton, Virginia, and Sanford Florida.

NBC Washington reported that many flights headed to New York and Boston were diverted to Dulles International Airport, causing confusion for passengers.

The region has already been shivering through an uncharacteristic cold snap. Since Dec. 26, Reagan National Airport has only reached above freezing three times, Ritter said. That includes a brief warm-up Wednesday — when the high reached 35 degrees.

Elsewhere in the U.S., East Coast residents are bracing for a deep freeze a day after a massive winter storm slammed the region with heavy snow, hurricane-force winds and coastal flooding.

Forecasters predict that record-breaking cold air and strong winds will set people’s teeth chattering like castanets from the mid-Atlantic to New England on Friday and that the frigid weather will hang around through the weekend.

The arctic blast could make temperatures feel as low as minus 15 degrees from Philly to Beantown on Friday. Coastal areas in the Northeast, Hurley said, may experience numbing single digits.

Some of the most painfully cold weather is still to come, Hurley said.

In northern New England, temperatures will be below zero this weekend. The high in Burlington, Vermont, on Saturday may only be minus 5 degrees, he said.

With the wind chill, it could feel as cold as 30 degrees below in those areas, a dangerous level that could potentially lead to frostbite exposure, warned Carl Erickson, an AccuWeather meteorologist based in State College, Pennsylvania.

The Office of Personnel Management announced Thursday that federal agencies in the D.C. area plan to open on time Friday.

Major school systems in the area are either on a two-hour delay or are closed.

Get the full list on WTOP.com’s Closings and Delays page. 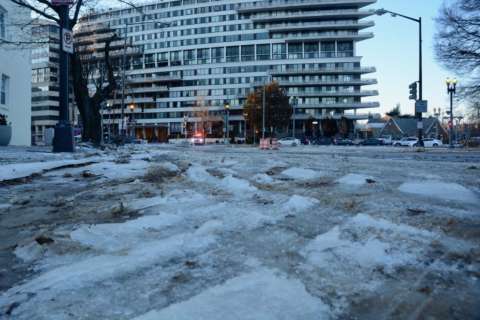 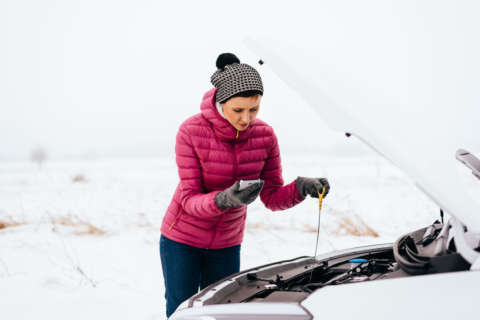