WASHINGTON – Welcome to winter. Finally it has arrived and finally we have something to talk about. A conveyor belt…
Listen now to WTOP News WTOP.com | Alexa | Google Home | WTOP App | 103.5 FM

WASHINGTON – Welcome to winter. Finally it has arrived and finally we have something to talk about.

A conveyor belt of systems is moving this way from different directions. Let’s first concentrate on the system that will move into the region Friday night into Saturday.

First off, a Winter Weather Advisory for snow, sleet and freezing rain starts at 4 p.m. Friday for the western suburbs and 6 p.m. for the immediate D.C. area.

Most of the day Friday will turn out just fine. With a chilly start in store for the morning, we will see sunshine before clouds increase through the day. Temperatures on Friday will top out in the lower to mid 40s. Meanwhile, a storm is getting organized in the Deep South.

A developing system moving out of the four corner states and into the Southern Plains brought rain to Texas Thursday and eventually the Deep South. On Friday, an area of low pressure will form along the northern portion of the Gulf of Mexico, eventually traveling north and east headed toward the Mid-Atlantic. As this low travels to the Mid-Atlantic, it will eventually transfer its energy off the coast of Virginia Beach Saturday morning. In addition to that, there will be a weak area of high pressure across the Mid-Atlantic as well.

This will feed relatively cold air into the region, but not arctic air and not a lot of cold area.

With all that being said, we can expect precipitation to move into the region late Friday evening moving from the south west to the north and east and moving out by Saturday afternoon. There are still some inconsistencies in the models, but the spread is decreasing with each run.

We are still concerned about timing, track and the depth of cold air across the region.

It does look like we could see a mixed bag of precipitation ranging from snow, rain, freezing rain and sleet. We are not talking about big totals, but we are talking about enough precip to disrupt traffic through the area and areas north. This storm will eventually become a nor’easter as it travels up the Eastern Seaboard.

Any bigger snow totals would, of course, be north and west of D.C. with more of a rain event for areas to the south through central Virginia and southern Maryland.

We don’t yet know where the rain/snow line will fall.

Just know to plan ahead and keep it here! We will keep you updated. 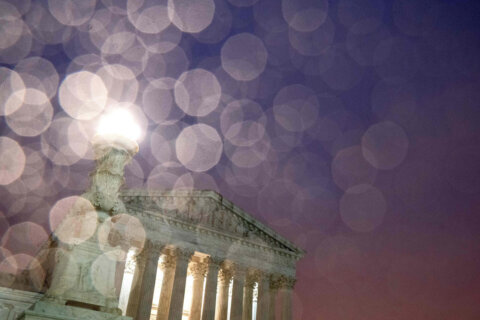 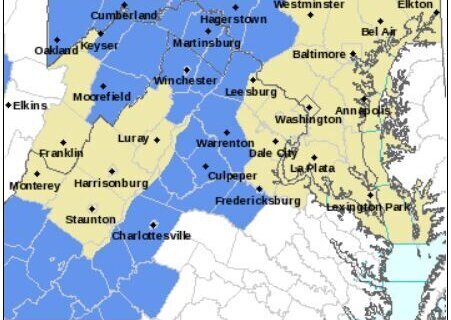