The numbers show a cold, dry and snowless start to winter

Wednesday's snow is not likely to dent the worsening drought conditions. Average temperatures this winter are a few degrees below the 30-year average.
(1/5) 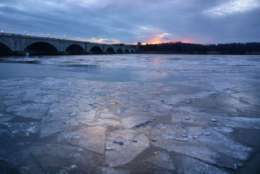 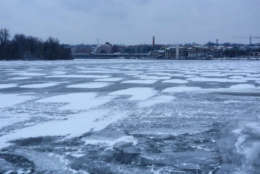 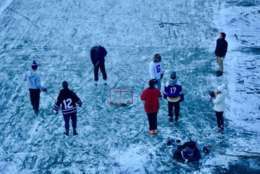 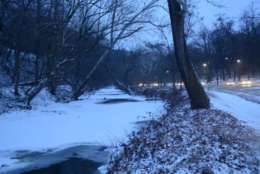 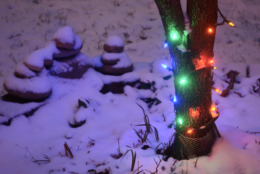 WASHINGTON — Monday marked the halfway point for meteorological winter, and one thing has become apparent: It’s been cold, and it’s been dry.

Wednesday’s scant snowfall is not likely to make a dent in worsening drought conditions.

The region remains locked in a moderate drought, according to the U.S. Drought Monitor.

Only 1.14 inches of precipitation was recorded at Reagan National Airport through Monday, according to the National Weather Service. The D.C. area should have received about 4.8 inches at this stage of winter.

Snow has fallen in small doses since early December, with only 2.7 inches measured for the District so far. By mid-January, about 4 inches would be expected. The average seasonal snowfall for the D.C. area is 15.4 inches.

Equatorial sea surface temperatures are below average across the central and eastern Pacific Ocean, according to the National Centers for Environmental Prediction. This condition in the southern hemisphere, known as La Niña, has been linked to drier winters in the Mid-Atlantic. Research done by the weather service in Sterling, Va., has suggested that La Niña winters can feature less precipitation.

Thanks to a prolonged cold spell around the turn of the New Year, the average winter temperature for D.C. so far is about 35.9 degrees. The 30-year running average to date is about 40 degrees.

From late December through the first week of January, daytime high temperatures failed to rise above the 20s for eight days in the District, and lows fell into the teens and single digits for eight consecutive nights.

The lowest temperature recorded at Reagan National Airport was 8 degrees early Jan. 8. At Dulles Airport, the temperature fell to minus 1 degree, a record low for the date. 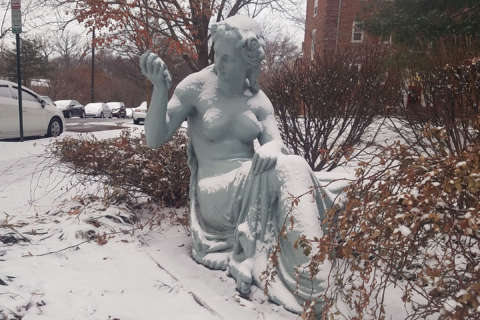 Icy roads, school delays make for ‘crapshoot’ of a commute