The Wizards will open training camp in Washington before they head to Japan for their showcase preseason games against the defending-champion Golden State Warriors.
Listen now to WTOP News WTOP.com | Alexa | Google Home | WTOP App | 103.5 FM

The Wizards will open training camp in Washington before they head to Japan for their showcase preseason games against the defending-champion Golden State Warriors. On Tuesday, head coach Wes Unseld Jr. and team president Tommy Sheppard will address the media. On Friday, the team will hold media day with each player conducting a press conference. And on Saturday, their practices will begin.

Ahead of all that, here are five storylines to keep an eye on for the Wizards as they get set for a new season…

Who starts at the 3?

The Wizards’ most noteworthy roster battle entering training camp appears to be who will start at the three. Monte Morris is a heavy favorite to start at point, Bradley Beal is firmly entrenched as their two and it seems very likely Kyle Kuzma and Kristaps Porzingis maintain their starting roles at the four and the five. That leaves one position up for grabs and the Wizards have some viable options.

Will Barton probably has as good a chance as anyone given he was a full-time starter for years on one of the NBA’s better teams, the Nuggets, before coming to Washington. No one else in the mix brings that level of experience. He also has his history with Unseld Jr. working in his favor, plus the fact he sort of fits the mold of Kentavious Caldwell-Pope, whom he was traded for and who held down the starting three position all of last season for the Wizards.

Others who will likely have a say are Deni Avdija, Corey Kispert, Rui Hachimura and perhaps even rookie Johnny Davis. Avdija is probably Barton’s toughest competition for the starting job given he has been in that role before and is expected to return much improved after a productive summer. He would also give the Wizards some size and defense next to Morris and Beal.

How do the young players look after a full offseason?

Add Daniel Gafford to a group that includes Avdija, Kispert and Hachimura; four players whose year-over-year improvement represents one of the biggest X-factors for how the Wizards will perform this season. All four are young, talented and clearly have more upside yet to tap into. If one or some combination take a leap forward, it could significantly alter the Wizards’ outlook.

Hachimura is entering a contract year aiming to earn either his first extension or free agent deal. He’s also coming off a season in which he only appeared in half of the Wizards’ games, but made strides with efficiency after improving his 3-point shot. Kispert was a much better player in the second half of last season, his rookie year, as he displayed an upward trajectory worth getting excited about.

Avdija was able to enjoy his first full NBA offseason and, unlike last summer, he didn’t enter it rehabbing an injury. He also played with his national team and should draw confidence from how he performed. Gafford has shown flashes of being a top-shelf rim-protector and could be slated for an ideal role backing up Porzingis.

How soon can Johnny Davis contribute?

Another young player to watch is Davis, the Wizards’ 2022 first-round pick. He had a so-so Summer League, but that was two months ago. This training camp will represent the baseline testing for his NBA career. He’s likely to play a role in the rotation at some point this year, whether it will be sooner or later is the question.

Davis has a chance to earn some minutes behind Beal at the two, but will need to play assertively on the offensive end and hold his own defensively. Given his current skillset and the makeup of the Wizards’ roster, his best chance to earn playing time may be with scrappy perimeter defense. Kispert is going to factor into the backup two-guard rotation and it’s going to be hard for Davis to outshine him offensively.

Who helps out at PG?

The Wizards let three point guards go this offseason (Tomas Satoransky, Ish Smith and Raul Neto) and replaced them with two (Morris and Delon Wright). They got two good ones who should help solidify the position, but it’s also highly likely they will need someone to play minutes as a third point guard.

Sheppard has suggested that could be Beal and Davis has also been mentioned in that conversation. Avdija has spent some time running the offense as a point-forward, so he could factor in. There are also others further down the organizational depth chart like undrafted rookie Davion Mintz. We should get a better idea of how the Wizards will handle the point soon once Sheppard and Unseld Jr. share their thoughts entering camp.

Is everyone good to go?

Media day will be time to catch up with players and get their thoughts entering the 2022-23 season. It will also be a time to confirm everyone is in the building, healthy and ready to start the year. The Wizards have had some unfortunate luck in recent years with key players missing at the onset of camp.

Markieff Morris had surgery late in the offseason before the 2017-18 campaign, Dwight Howard showed up on media day the following year with a back injury and last summer it was announced right before camp that Hachimura would miss time due to personal reasons. If the Wizards have a full roster without any notable absences, it will start them off on a better foot than they are used to. We’ll find out if that’s the case very soon. 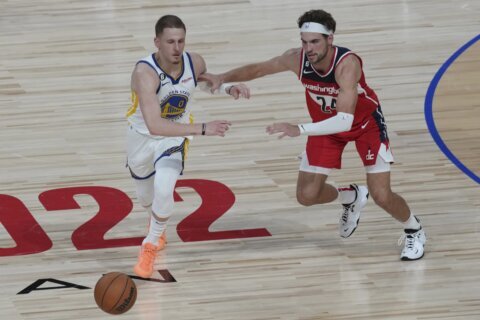 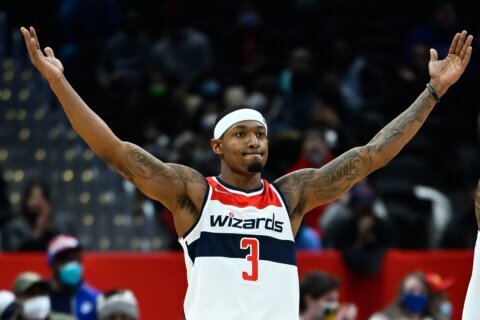 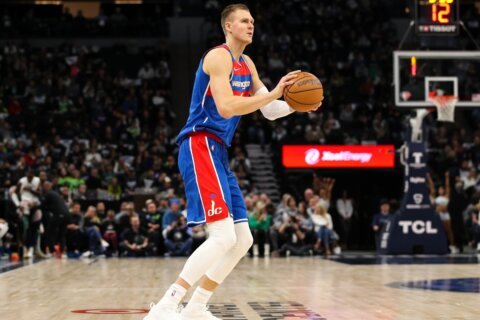