The Wizards' original blue and bronze colors will return as throwback jerseys for the first time since the team re-rebranded back in 2011.
Listen now to WTOP News WTOP.com | Alexa | Google Home | WTOP App | 103.5 FM

It has been 25 years since the Washington Wizards organization changed their name from the Bullets and their color scheme from red, white and blue, and to celebrate that anniversary they will bring back the uniforms made famous by Michael Jordan and Gilbert Arenas.

The blue and bronze will return as throwback jerseys for the first time since the Wizards re-rebranded back in 2011. That year they kept the name, but returned to their original red, white and blue color scheme. It was before Bradley Beal was drafted in 2012, so this will be a whole new look for him.

Here’s Beal modeling the throwback jerseys, courtesy of the Wizards:

Some of Beal’s teammates were also part of the release, including Kyle Kuzma, Rui Hachimura and rookie Johnny Davis, who by the way was only nine years old the last time the team wore these.

In addition to the jerseys, the Wizards will have a throwback court featuring the same colors and logos. They will also highlight players from that era during and around games they wear the uniforms.

There will also be efforts to raise awareness for gun violence, in a nod to the original reason why they changed the name from Bullets. The team will donate 25% of all in-arena sales of Washington Bullets merchandise to the Alliance of Concerned Men (ACM), an anti-violence organization.

During the 14 seasons the Wizards wore the blue and bronze uniforms, they only made the playoffs four times but had some memorable runs, highlighted by Jordan and Arenas, the latter who teamed up with Caron Butler and Antawn Jamison. The only player on the current roster who played for or against the Wizards in those uniforms was Taj Gibson, who entered the league in 2009-10.

Their head coach Wes Unseld Jr., however, was an assistant for the Wizards during those days. They also have Jamison in the front office.

It has been 11 years, but now the blue and bronze Wizards jerseys are back. What’s old is new again. 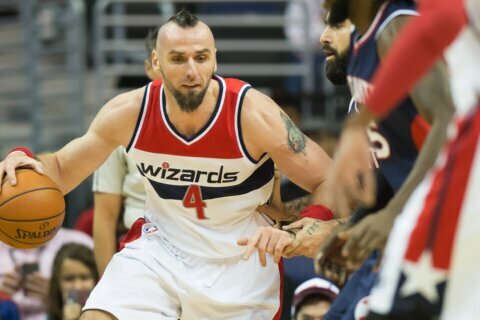 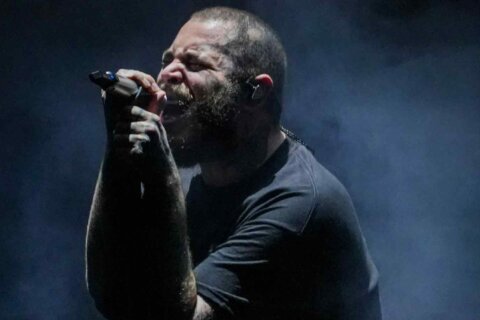 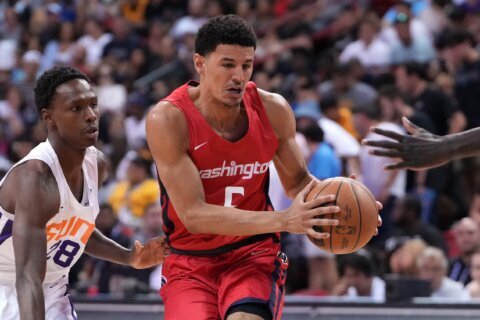