Unseld in, Westbrook out as Wizards face crucial NBA season

Bradley Beal is now the unquestioned centerpiece of the Washington Wizards after Russell Westbrook was traded to the Lakers, but it remains unclear how much longer he'll be in Washington, and amid that uncertainty, the Wizards also enter this season with a new coach.
Listen now to WTOP News WTOP.com | Alexa | Google Home | WTOP App | 103.5 FM

WASHINGTON (AP) — For Bradley Beal and the Washington Wizards, this season feels like a crossroads.

Beal is now the unquestioned centerpiece of the franchise after Russell Westbrook was traded to the Lakers, but it remains unclear how much longer he’ll be in Washington, and amid that uncertainty, the Wizards also enter this season with a new coach.

Beal, the sixth player since the ABA-NBA merger to average at least 30 points in two consecutive seasons, said he’s ready for the responsibility of being the team’s top player and veteran leader.

“It’s what I’ve prepared myself for,” he said. “I had great vets that I had the opportunity to learn from, and now I can instill that stuff into my own team.”

The Wizards went 34-38 last season, playing well enough to reach the postseason play-in round and then eventually earning a matchup with top-seeded Philadelphia. That series ended in five games, and coach Scott Brooks lost his job. Washington replaced him with Wes Unseld Jr.

Then on draft day, the Wizards agreed to send Westbrook to the Lakers, breaking up their backcourt tandem of him and Beal and dramatically remaking their roster. Beal was the NBA’s scoring runner-up the past two years, but it remains to be seen how the team will operate without Westbrook’s playmaking ability.

Beal is under contract this season, but beyond that his future is uncertain. That’s another issue hanging over the Wizards right now, after all their other changes.

Unseld is the son of one of the greatest players in franchise history. Now he arrives after spending time as an assistant with several teams, including the Wizards. His most recent stop was in Denver.

The Wizards acquired point guard Spencer Dinwiddie in the offseason. He played only three games last season for Brooklyn because of a knee injury, but he averaged a career-high 20.6 points in 2019-20 for the Nets.

“I think we’re going to be much better defensively, I think we definitely, we’re going to continue to push the pace,” Wizards general manager Tommy Sheppard said. “I think it all starts with Bradley Beal, he’s cornerstone of our franchise, and what he can bring.”

The Wizards allowed the most points in the NBA last season, although that was in part because of the team’s fast pace. They are hoping Unseld can help.

“It doesn’t take much for you to go from 30th in the league in defense to 15th,” Sheppard said. “Sometimes it’s two possessions, and I think we can find those two possessions.”

Caldwell-Pope talked a bit about the keys to perimeter defense.

“You’ve got to watch a lot of film on who you’re guarding, on who your matchup is going to be. Know their weaknesses and try to force them to do as much of that as possible,” he said. “For me, I just try to contain, stay in front.”

It was overshadowed by the news about Westbrook’s departure, but the Wizards drafted Gonzaga’s Corey Kispert in the first round. That could help Washington’s outside shooting. The Wizards ranked 22nd in 3-point percentage last season, 29th in 3-point attempts and 28th in 3-pointers made.

Beal said on media day he was not vaccinated. The Wizards will hope for a smoother season than 2019-20, when they dealt with a COVID-19 outbreak that forced them to take a couple weeks off. 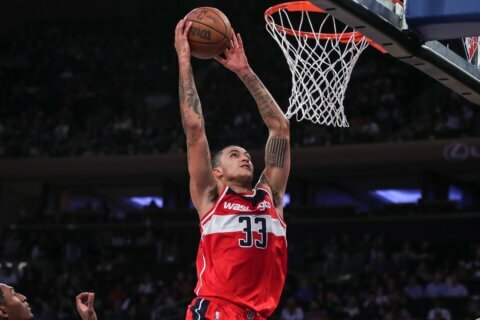 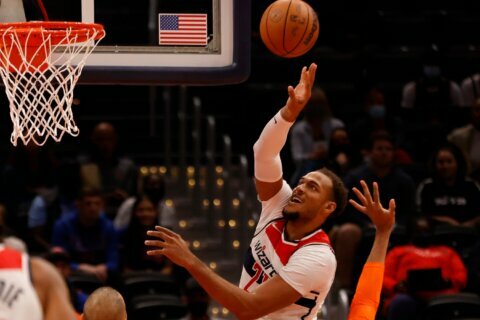 Why Daniel Gafford’s 17 rebounds vs. Raptors are an important sign 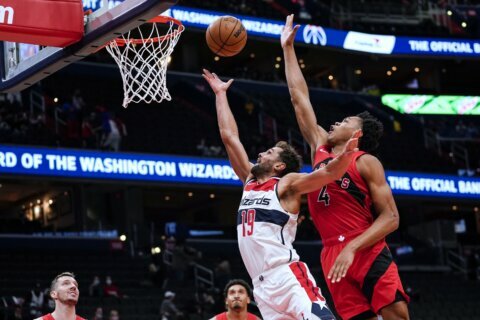