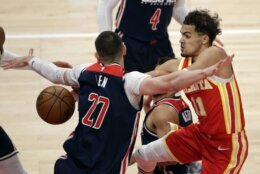 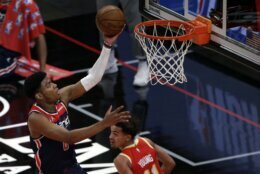 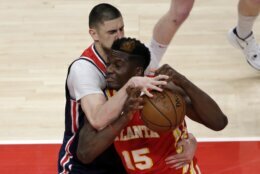 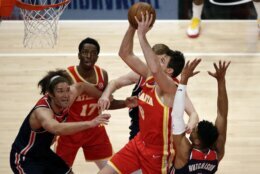 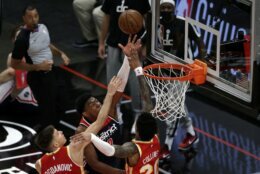 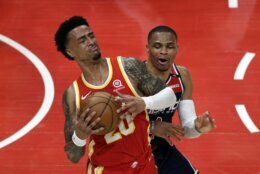 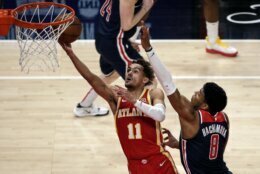 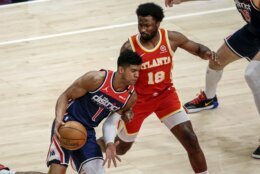 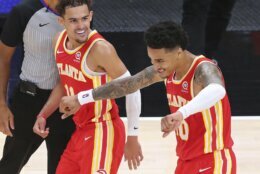 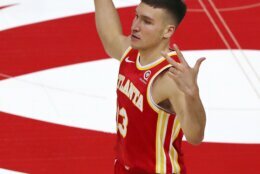 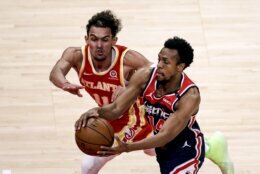 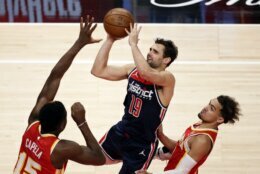 ATLANTA (AP) — After watching the playoffs the last two years, Trae Young can’t wait to see what it’s like to suit up in the postseason.

Young scored 33 points and John Collins hit a go-ahead 3-pointer with 24.4 seconds remaining Wednesday night, rallying Atlanta to a 120-116 victory over the Washington Wizards to clinch the Hawks’ first playoff berth since 2017.

Atlanta came into the night tied for fourth place in the Eastern Conference and looking to solidify home-court advantage in the opening round.

That’s still up in the air, but the Hawks are definitely headed to the playoffs after going through a massive rebuilding job that still appeared to be a work in progress when the team fired coach Lloyd Pierce shortly before the All-Star break while mired at 14-20.

Under interim coach Nate McMillan, who should receive strong consideration in the coach of the year balloting, the Hawks have posted a 25-11 mark to stamp themselves as a dangerous opponent heading into the postseason.

“It shows we had it all along,” Young said. “We just needed to believe in each other and go out there and do it.”

Russell Westbrook scored 34 points and dished out 15 assists, but it wasn’t enough to prevent another excruciating loss for the Wizards, whose last five defeats have been by a total of 10 points.

The Wizards are still 10th in the East, good enough for the last spot in the NBA’s new play-in tournament for the playoffs. But two straight losses in Atlanta — they lost 125-124 on Monday — have stymied hopes of moving up.

“We are (ticked) off, as we should be,” Davis Bertans said. “These two games were important for us to get closer to the eighth spot and having better shot at the playoffs.”

Two nights after breaking Oscar Roberson’s record with his 182nd career triple-double, Westbrook came up a bit short of No. 183. He was held to five rebounds.

The Wizards were up 100-87 — matching their biggest lead of the night — when Bertans knocked down a 3-pointer with just over 10 minutes remaining.

“That was one of those times where we kind of had to push through and extend the lead, instead of letting them back in the game,” Bertans said.

After missing a couple of 3s that could’ve put them ahead, the Hawks finally knocked one down.

Clint Capela got it started with a block on Westbrook, sending the Hawks on a fast break the other way. Young spotted Collins all alone in the corner for the 3 that put the Hawks ahead 117-116.

“I knew it was going in,” Young said with a grin.

Raul Neto missed a 10-foot jumper for Washington. Solomon Hill rebounded, was fouled and knocked down both free throws.

The Wizards had one more gasp, but Bertans missed a long 3 from the top of the key. Collins was fouled and sealed the victory with a free throw.

Collins finished with 18 points. Bogdan Bogdanovic had 20 for the Hawks.

Washington was held scoreless over the final 2 1/2 minutes, missing its final eight shots.

“We just stayed together and continued to do what we needed to do, which was get stops defensively,” McMillan said. “Then the offense started to make some baskets.”

McMillan noted that the Hawks gave up 45 points to the Wizards in the fourth quarter on Monday. They outscored the Wizards 37-25 over the final 12 minutes this time.

Hill played less than 10 minutes, but McMillan called him “the player of the game for us.”

That late rebound and the ensuing free throws — Hill’s only points of the night — helped clinch the victory.

“A lot of times guys are sitting on the sidelines pouting because they’re not playing,” McMillan said. “You never know when your name might be called, but you’ve got to be ready to go.”

Wizards: G Bradley Beal (left hamstring strain) will be re-evaluated Friday after missing both games in Atlanta. Beal did some light drills on the court before the game, which coach Scott Brooks described as “the next step progressing in the right direction.” … Alex Len had 10 rebounds as Washington did a better job on the boards after getting outrebounded 55-42 on Monday.

Hawks: Won their ninth straight home game and improved to 17-2 over their last 19 appearances at State Farm Arena. … Young has scored at least 30 points in three straight contests and five of his last seven contests. … F De’Andre Hunter did not play as the Hawks want to make sure he is fully recovered from a knee injury that caused him to miss 47 of 49 games. He returned from his second long layoff Monday, playing 13 1/2 minutes, but was held out Wednesday.

Wizards: Return home for their final two games of the regular season, facing the Cleveland Cavaliers on Friday night.

Hawks: Play their next-to-last game of the regular season when they host the Orlando Magic on Thursday night. 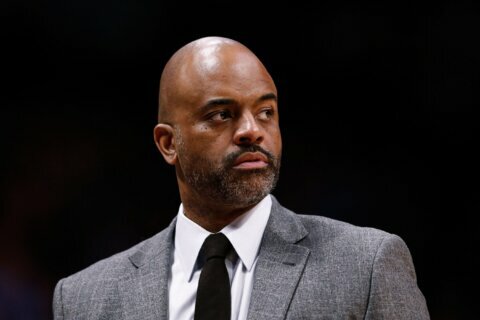