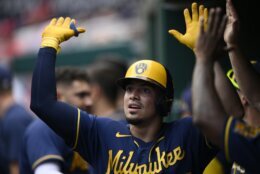 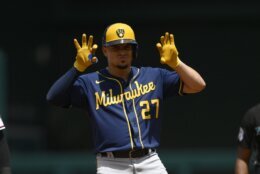 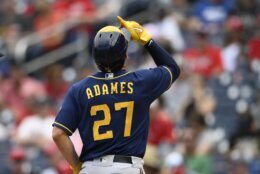 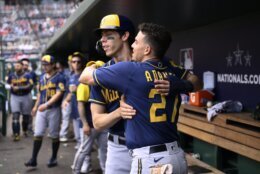 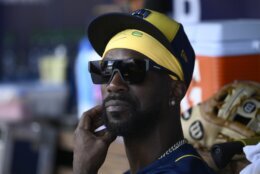 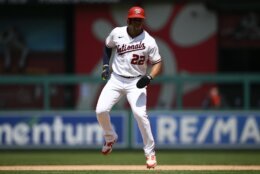 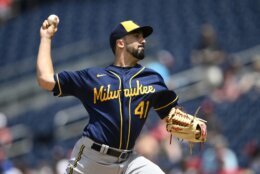 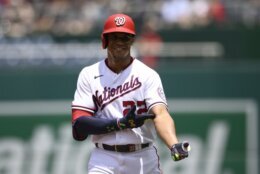 WASHINGTON (AP) — Willy Adames homered and drove in three runs, and the Milwaukee Brewers snapped an eight-game losing streak with a 4-1 victory over the Washington Nationals on Sunday.

Milwaukee’s Craig Counsell tied Phil Garner for the most managerial victories in franchise history with 563 as the Brewers halted their longest skid since September 2015.

Washington was denied its first sweep since taking two from Toronto on Aug. 17-18 of last year and its first three-game sweep since June 14-16, 2021 against Pittsburgh. It was the first time this season the last-place Nationals entered the final game of a series with a chance at a sweep.

Adames, who had been 1 for 16 in four games since returning from the injured list, drove Evan Lee’s fastball into the visitors’ bullpen for a two-out, two-run shot in the fifth inning.

“It’s been a rough time, but it’s a challenge for us as a team,” Adames said. “I’m happy it happened now, not later on.”

Andrew McCutchen added a solo homer in the ninth, his fourth of the season and first since May 21 against Washington.

Josh Hader struck out the side in the ninth for his 19th save in 20 opportunities. It was his first outing since he allowed two home runs to Philadelphia on Tuesday to end his streak of 32 consecutive save conversions.

The Nationals totaled 19 runs in the first two games of the series but couldn’t stitch together much Sunday. Washington was 0 of 6 with runners in scoring position and stranded 10 men on base.

“We got just one run out of two bases-loaded (situations),” Washington manager Dave Martinez said. “The last few days, it’s been ongoing where we scored multiple runs. It was just one of those days.”

Washington’s Paolo Espino (0-1), making his first start of the season after 20 relief appearances, allowed a run on four hits while striking out two in 3 2/3 innings.

Milwaukee took a 1-0 lead on Adames’ RBI double in the third.

“He’s gotten off to a slow start since he’s been back from the IL, but those days are coming,” Counsell said. “He’s too good a hitter for them not to come.”

Josh Bell’s sacrifice fly in the fourth accounted for the Nationals’ lone run against Alexander, who allowed seven hits and three walks and struck out two over 4 2/3 innings.

Brewers: 2B Luis Urías was pulled for precautionary reasons in the fifth inning because of right hamstring tightness. Counsell said Urías was day to day.

Nationals reliever Carl Edwards Jr. had thrown 15 1/3 scoreless innings over his previous 13 outings before yielding McCutchen’s homer. It was the first run Edwards allowed since giving up three in his Washington debut against the New York Mets on May 10.

Brewers: After a day off Monday, Milwaukee continues its trip Tuesday against the New York Mets with RHP Adrian Houser (3-6, 3.92 ERA) drawing the start. 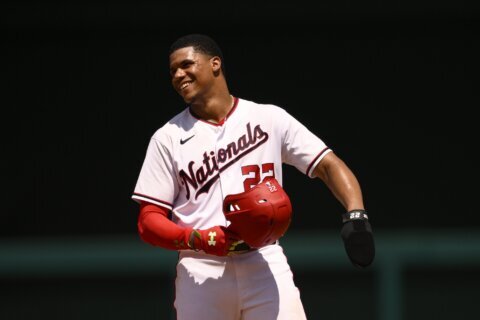 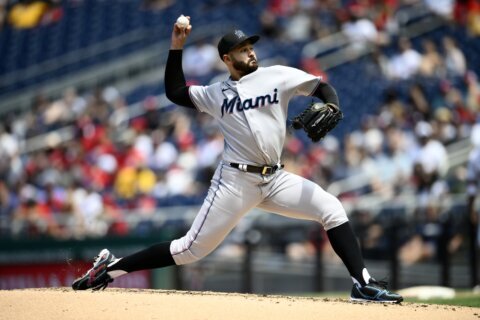